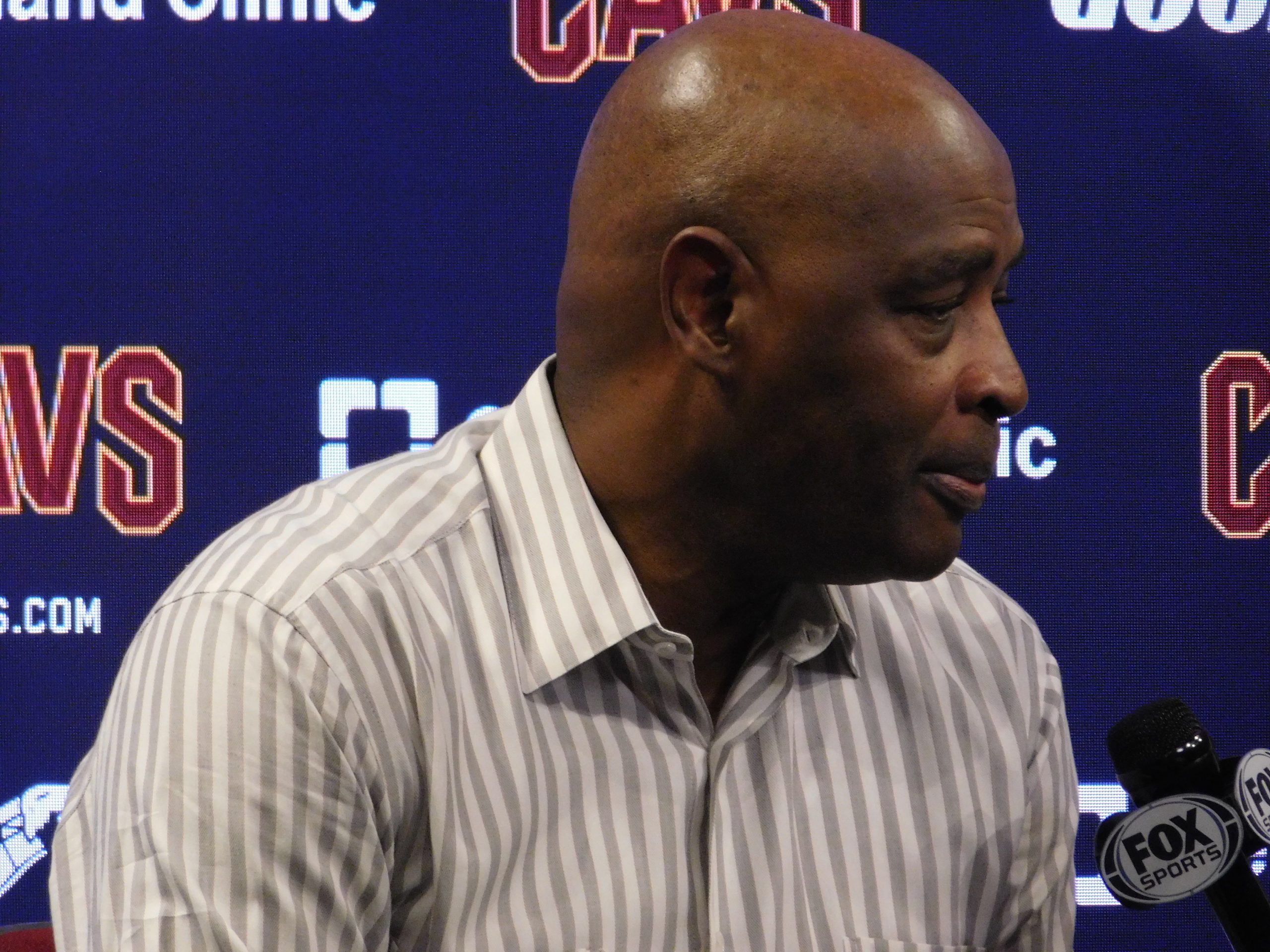 CLEVELAND – The bizarre situation between the Cavaliers and interim coach Larry Drew is still very much a story, as today the new interim coach (for now) of the Cavs says there’s been no news about an extension on his deal to stay with the team.

“No updates, which I’m very disappointed about,” Drew said Tuesday prior to the game against the Hawks. “It’s been 72 hours.”

Drew was named ‘interim coach’ Sunday when the team fired Ty Lue after the club dropped to 0-6 Saturday night.

Drew said on Monday to the media that he’s not the ‘interim coach’ of the team, which is one of the more odd situations in team history.

“I am not the interim coach, I’m the voice right now,” Drew told reporters Monday. “I’m sure you guys are aware that there is some talks that are going on. I don’t know if any type of agreement or settlement will be made. I am prepared either way. I’ll continue to do my job.”

The acting coach Drew said he will “remain professional,” as he looks to help the team win their first game of the season Tuesday against an Atlanta team that just beat them at Quicken Loans Area a week ago Sunday.

He did say that he’s been told team could bring in someone else and he’d move back to his old role as assistant coach.

“I’m fine with that … my contract is up in July. Maybe Larry Drew isn’t part of the future,” Drew said Tuesday.

Cavaliers have a chance to change the story, as they host the Hawks
3 takeaways from the Cavs first win of the season