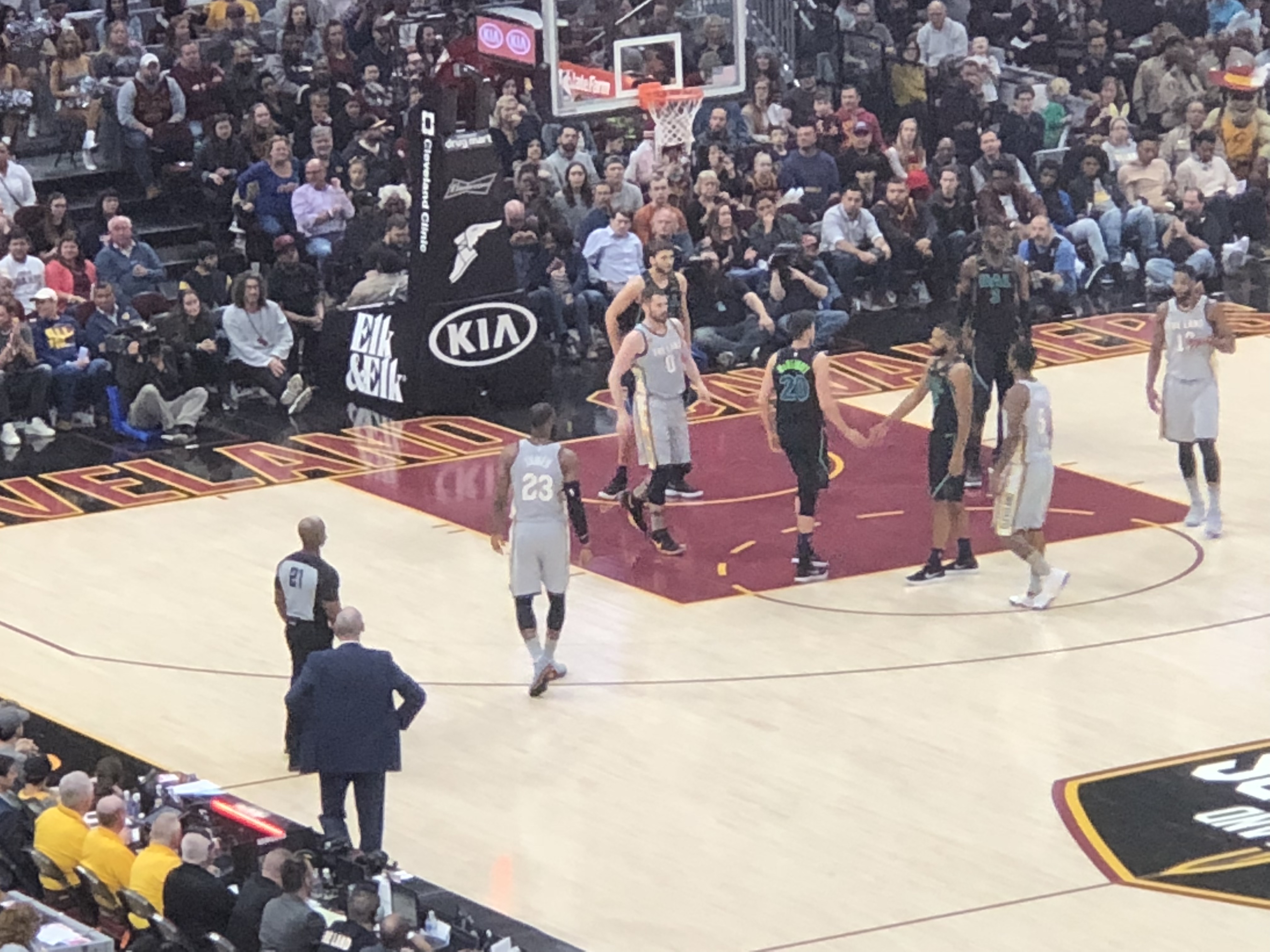 INDEPENDENCE, OHIO– Cavaliers head coach Tyronn Lue will use a 10-man playoff rotation, he confirmed on Thursday. But how exactly those lineups will work, however, we can’t be 100 percent sure.

“I’m not telling you,” he quipped when asked who would start Game 1 against the Indiana Pacers this Sunday in their opening round playoff series.

While Lue wouldn’t go into detail on Thursday, we do know of some players’ standings already.

Obviously LeBron James and Kevin Love will start, and Lue said last week he would start Jeff Green. George Hill will be the starting point guard, while Jose Calderon will see time off the bench to play alongside Jordan Clarkson, something Lue specifically mentioned on Thursday.

Ty says part of the reason he wants to stick with a 10 person rotation is to have a point guard on the floor with Jordan Clarkson pic.twitter.com/uVbqKw96xA

As for the fifth starting spot, it will either be Rodney Hood or Kyle Korver, who have both battled injuries in recent weeks. Lue said Korver, who has dealt with foot soreness, is “getting better,” and that Hood is “ready to go” for Sunday.

Lue has discussed JR Smith coming off the bench to provide a spark, so again, another safe bet. As for the 10th spot, it would appear that Larry Nance Jr. may be just above Tristan Thompson, considering Thompson played heavy minutes in the Cavs’ final game against the Knicks while Nance Jr. sat out most of the night with the main players. Although, to be fair, Lue said on Wednesday not to read Thompson playing as him being out of the rotation.

When it came to making decisions on who to play, Lue said it was a combination of matchups and who is playing well. Lue said he has already spoken with those players who are out of the rotation.

“It’s tough because we got 12 or 13 guys that showed this year that they can play,” Lue said. “You’re not going to be able to play that many guys in the playoffs and I’ve talked to the guys, they understand that and they just gotta be ready because you never know when you’re going to be called upon.”

Along with setting the rotation, Lue and assistant coach Mike Longabardi have been working on different defensive schemes for Indiana. Lue said that knowing how well the Philadelphia 76ers were playing, they were able to talk about different schemes over the last few days anticipating this specific matchup.

The Cavs are currently ranked 29th in the league in defense, and it has arguably been their biggest weakness this season. But don’t expect to see some complete overhaul of their defensive schemes. Lue said series to series, they will just try to take away what the opposition does best.

Lue on the changed defense: It’s just trying to take away what a team does best and make them do something different they’re not used to doing. So it’s not like we’re doing something special and so creative or we’ve got some brand new defense. pic.twitter.com/txLKoeoS78

George Hill prepares to head to his ‘bat cave,’ grateful to be on the same side as LeBron James
Cleveland Cavaliers want to take away opponents biggest strength in postseason