Cavaliers J.R. Smith Not Sure If ‘Space Jam 2’ is in His Future 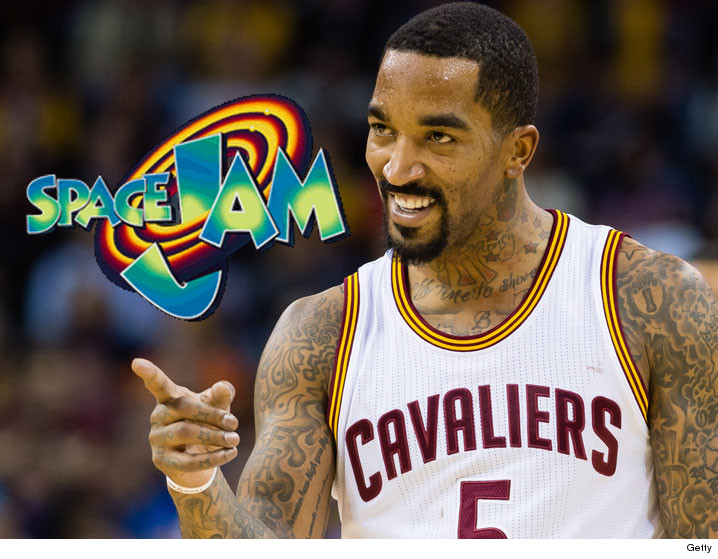 It was announced by TMZ on Sunday that Cavaliers sharp-shooter J.R. Smith was close to joining teammate LeBron James for ‘Space Jam 2,’ which will start to shoot this summer.

Joe Vardon of Cleveland.com spoke with Smith yesterday after the Cavs dispatched the Hawks in the fourth and final game of their second round series, and Smith said he wasn’t sure if he was a go for the project.

“I’ve got some other things I want to do this summer,” Smith said. “I figure the biggest thing is if LeBron says he wants me to do it.”

Told of Smith’s comments after the Cavs beat the Atlanta Hawks 100-99 Sunday to sweep an Eastern semifinal playoff series in four games, James told Cleveland.com: “My team is taking care of that.

“I want J.R. to do everything,” James said. “Obviously, I’ve got so much other stuff right now that I’m not even. I may have some time this week. So if I get a phone call throughout this week, I’ll let you know. I haven’t even brought that up.”

It will be interesting to see if any other Cavaliers join the cast, and what other NBA players in general will be part of the project, which is sure to be a huge hit coming off the first ‘Space Jam’ with Michael Jordan years ago.

Love Shines Through on Mother’s Day, Scores 27 Points; Cavs Sweep Hawks with 100-99 Victory
Video: Watch the Highlights of the Cavs Game Four Win Over the Hawks