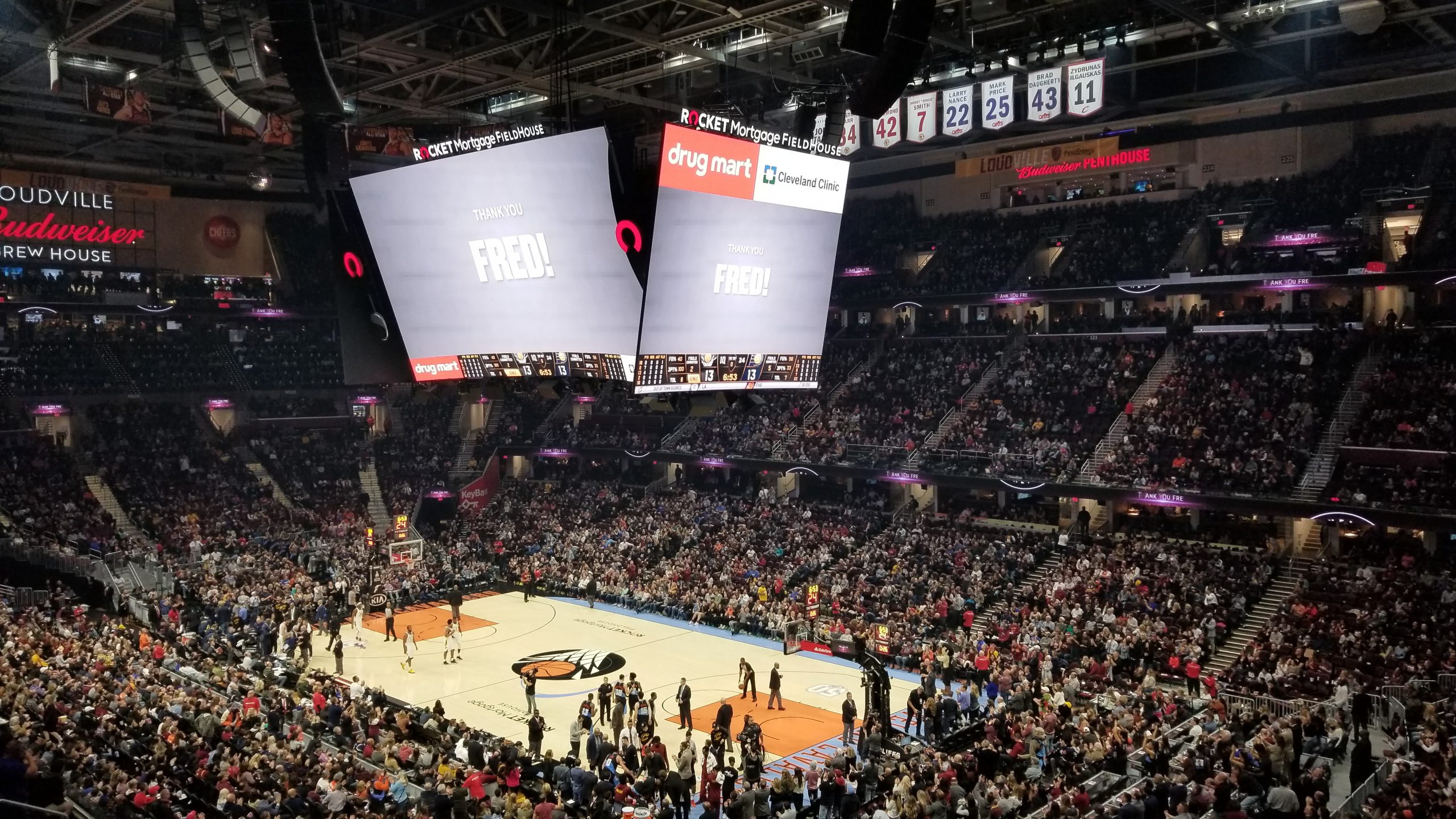 McLeod’s wife Beth came up with the excellent idea of gifting some of Fred’s ties out to those in the media Fred had a relationship with. Since the NBA season began earlier this week, people from around the league shared their pictures with the gifted ties, and Saturday night it made its way to Fred’s favorite place.

The Cavaliers loved this idea so much they encouraged anyone going to be in the arena Saturday night to wear ties, it was special to see so many people throughout the arena wearing a tie in honor of McLeod. Fans, ushers, and media members alike all choose to honor McLeod, even the Cavs Kevin Love took part in the Cavaliers warm ups.

He touched the lives of so many people, not only those he knew personally but he impacted so many Cavs fans, It will be McLeod’s iconic voice fans will hear when the 52 year Cleveland championship drought was broken. His words will echo through Cavaliers fans the rest of their lives, and Saturday night was a great way to honor the man they listened to so many times.

The Cavaliers played a tribute video of some of McLeod’s most memorable moments. You can watch some of that video below: