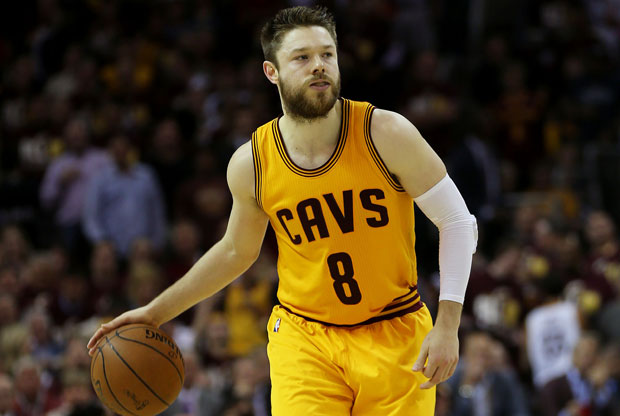 Cleveland- Wednesday nights game between the Cleveland Cavaliers and New York Knicks was one of runs. The Cavaliers were able to finish with an 8-0 run en route to their seventh win of the season, 113-106 over the Knicks.

Cleveland came out and jumped on New York early, setting the tone for the game early on. After the game Knicks coach David Fizdale said this game was over after the first quarter, “That’s the game. The game was lost in the first quarter. You just can’t keep spotting teams 40-point quarters and thinking you’re going to dig you’re way out of that but I was proud of the way we crawled back and fought to get that lead.”

The Knicks tied things up at 67 in the 3rd quarter after starting the half on a 13-2 run. Cleveland responded well, going on a 13-6 run of their own, Cavaliers coach Larry Drew saw progress in his team Wednesday.

“These types of situations are very valuable to this team and very valuable to our young guys because they haven’t experienced this before, not on this level. It’s certainly more than just the victories that help, there’s a lot more that we can take from this win tonight, and that’s how to play with a lead.”

With the the win Wednesday, the Cavs are now (5-7) in their last 12 games, their most impressive stretch of the season. Following the game, the games leading scorer Jordan Clarkson talked about how the team is learning as the season goes. “I think we’re taking steps in the right direction. Everybody is learning. That’s what goes on during this time. Guys are learning, they’re getting the opportunity to play, so (there are) definitely lessons each game.”

Wednesday night marked the return to Cleveland for Matthew Dellavedova, so it was expected the bench would be important. No one expected the Cavaliers bench to out score the Knicks bench 34-1o in the 1st half, really pacing the game game.The Cavaliers bench knocked down six threes in the half, including a perfect (3-3) from Delly. While it is no secret that Jordan Clarkson has been one of the Cavaliers best offensive players this season, his 18 points was a difference maker. In the second quarter alone, Clarkson was able to score 11 points, as he really seemed in rhythm once he stepped on the floor.

Four of the five players the Cavaliers played off the bench had a +/- of plus 10, with Larry Nance Jr and Clarkson each being +14. The Cavaliers strong bench play continued throughout the night, finishing the game with 64 points. Nance Jr was a big reason (game high 6 assists) why the Cavaliers bench has so much success, and after the game he was pleased with the play of the second unit.

“That’s huge. We need that every single night. 64- that’s pretty awesome. But guys stepped up just like we said they had to, and hopefully we can carry this over.”

No man stepped up more than Jordan Clarkson, scoring 28-points on over 50-percent shooting, also grabbing five rebounds. Clarkson was a stabilizing force for the Cavaliers offense all night long, even when others struggled.

Not enough can be said about Matthew Dellavedova’s impact Wednesday night for the Cavaliers. The entire arena had a certain buzz to it, even MVP chants echoed in the crowd. After the game his teammates were happy he’s in Cleveland.

Larry Nance Jr spoke on Delly’s impact, “How do you describe the impact Delly made? I have no idea. I mean, he was everywhere, it seems. It was not even the stuff he did on the court so much- obviously, he played really well, shot threes, hit big free throws, played Delly defense. But the energy the crowd provided while he was on the court making those plays and being involved was a major boost to us.”