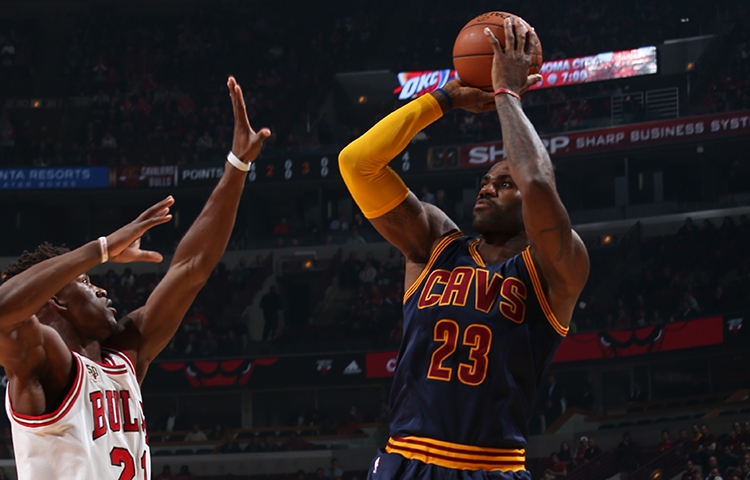 The Cavaliers kicked off the 2015-2016 season Tuesday night in Chicago and fell to the Bulls 97-95 in the NBA coaching debut of Fred Hoiberg.

President Obama was in attendance to watch his favorite basketball team in the city he called home for much of his early political career.

Cleveland got off to a rough start in the first half shooting just 16 of 50 from the field, and entered halftime trailing 46-40.

Cleveland could not find their stride from beyond the arc all game long, hitting just 7 of their first 27 three point attempts, until Kevin Love hit back to back three pointers in the final minute of the game to bring the Cavs back after trailing 97-89 and make it a two-point game.

LeBron James drove to the rim with 4 seconds remaining and was promptly rejected by Pau Gasol, giving Gasol his sixth blocked shot of the night.

The Cavaliers took the ball out from the baseline and in a questionable decision to use Mo Williams to inbound the ball, Bulls defensive standout Jimmy Butler swatted the ball away as the clock wound down to zero.

Nikola Mirotic scored 19, and Derrick Rose contributed 18 points to lead the Bulls in scoring in the victory.

James led the game in scoring with 25 points on 12 of 22 shooting, to go with ten rebounds and five assists.

Williams played a big role in his first game back with the Cavs since the 2010-2011 season, putting up 19 points along with 7 assists.

Power forward Tristan Thompson, whose huge contract has been the topic of conversation in Cleveland, grabbed 12 rebounds, but only scored two points.

The Cavs travel to Memphis to take on the Grizzlies at 8 PM tomorrow night and look to bounce back from a tough loss that went down to the wire.