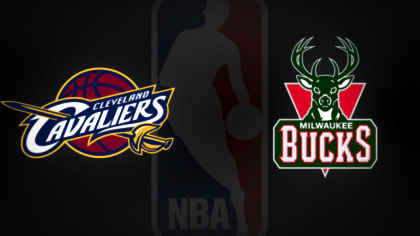 – Cavaliers (13-2, 1st in Central): The Cavaliers continue to improve on their franchise-record start. After a 112-108 come-from-behind victory over the Philadelphia 76’ers on Sunday inside The Wells Fargo Center, Cleveland is riding a four-game winning streak and sitting atop the Eastern Conference standings.

Tonight, the Cavs will look for continued success against a familiar face – Matthew Dellavedova. Delly, who played three seasons with Cleveland, will square off against his former Cavalier teammates for the first time since signing with Milwaukee in the offseason.

The Cavaliers are producing 112.0 points per game (2nd in the NBA).

The Cavs have made at least 10 three-pointers in all 15 matchups this season, extending their NBA record for consecutive games with 10 or more three-pointers made to begin a season.

LeBron James (6,951) needs just five more assists to move past Bob Cousey (6,955) for the 16th position on the NBA’s all-time leader board. James is currently the only player in NBA history to rank top 10 all-time in points and top 20 all-time in assists

– Bucks (7-8, 4th in Central): Milwaukee will be coming into tonight’s game off a nice 104-96 win over the Orlando Magic on Sunday inside The Amway Center. However, despite their recent boost in morale, the Bucks have found their way into the losing column in six of their last ten games.

Giannis Antetokounmpo, “The Greek Freak”, leads the Bucks in both scoring and rebounding, averaging 22.0 points, 8.3 rebounds, and 6.0 assists per game. The former 15th overall pick in the 2013 NBA Draft is quickly making a name for himself in the big leagues. Antetokounmpo has rattled off five games with at least 25 points, five assists, and five rebounds for the Bucks through their first 15 games of the season.

Coming into tonight’s bout with the defending champs, Dellavedova is leading Milwaukee in the assist department, averaging 7.9 points, a career-high 6.3 assists, and 2.9 rebounds per contest.