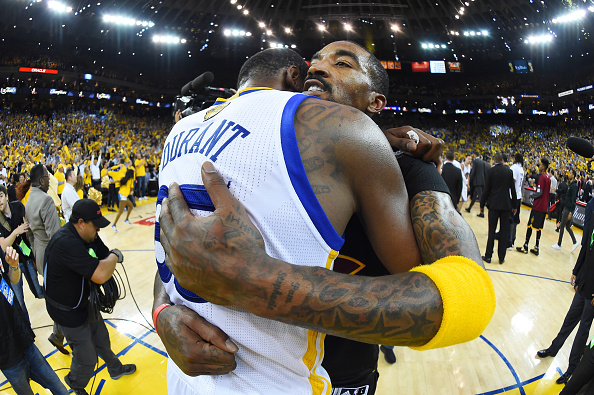 JR Smith did what he could to keep the Cavs alive last night in game five of the NBA Finals, only to have to watch the Golden State Warriors celebrate a second NBA Title in three years with a win over the Cavs.

Less than 24 hours after the heartbreaking loss, Smith liked a picture on Instagram that has Cavs fans thinking about yet another title run for the 2018 season. 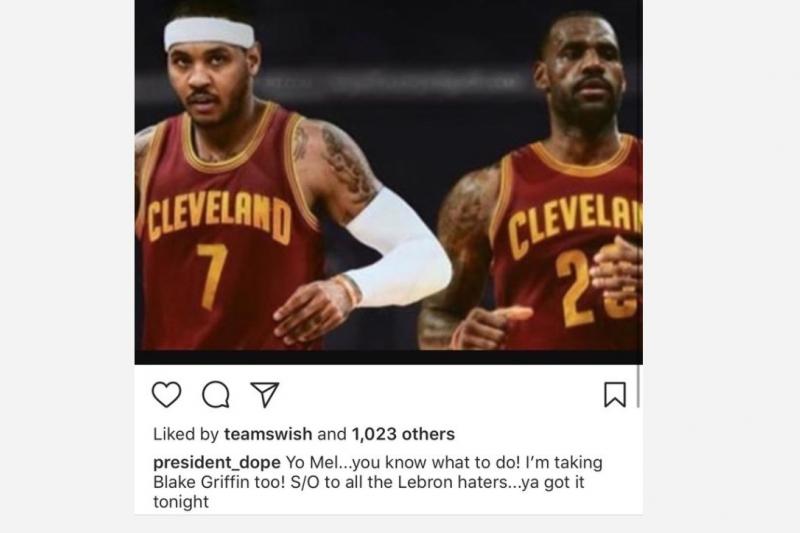 Before the rumors start, Anthony is under contract with the New York Knicks through 2018-19, and also has a no-trade clause. If he would waive it to come to the Cavs is a question that everyone would love to know.

The Cavs returned back to Cleveland today after the game five loss, and no doubt will get right back to work looking to return to a fourth straight NBA Finals one year from now.

Who will be on the roster with the likes of Smith and James is a great question.