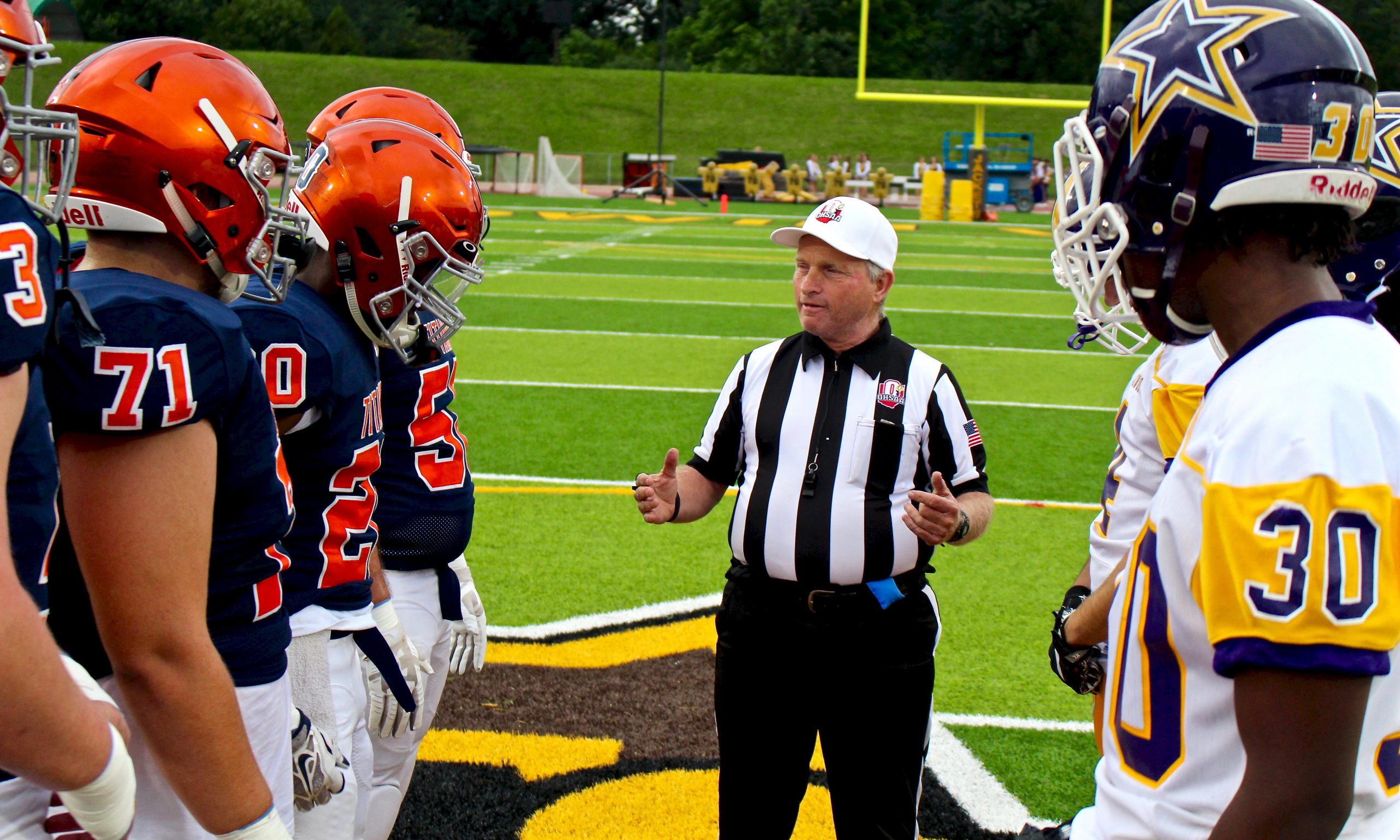 BEREA, OHIO – The Berea-Midpark Titans made a case Friday night that whatever happens in the SWC this season, they are most definitely in the conversation.

Bycznski, 12-19, 189 yards and threw touchdowns, was poised and in charge of the Titan offense from the very start.

His 6’6, 230 frame towered over the Ranger defense making every play look amazingly easy.

Berea-Midpark took the opening kickoff and marched quickly 69 yards on 3 plays with senior RB Bryce Agnew finishing it off with a 40 yard TD run.

On the ensuing drive however, Lakewood showed signs early that they would make this difficult for the Titans, methodically drive inside the Titan 20 when the biggest play of he game happened.

Lakewood quarterback Albert Wilhemy, on a 3rd-and-4 inside the Titan 20 looked for a quick score and had his throw intercepted in the end zone by Berea defensive back Dwayne Holland who ran it back 105 yards for the touchdown shocking a stunned Lakewood team and making it 14-0 just three minutes in.

After a three-and-out by Lakewood, Bycznski drove Berea-Midpark 69 yards in 7 plays, finding wide out Garrett Waite for a 29 yard TD.

21-0 after one and for all intents and purposes this one was over.

Another 58-yard touchdown to Waite, a one-yard touchdown run from Jabriel Williams and a 16-yard scoring pass to Omar Siggers stretched the lead to 43-0 at the half.

The only bright spots this evening for Lakewood was that in the second half they finally scored their first points of this young season.

Wilhemy capped a 10- play 80-yard third quarter drive with a beautifully thrown 13-yard score to wide out Evan Hampton, and again to Hampton in the fourth with a 12-yard dart.

Aside from Bycznski, Waite finished with 5 catches for 117 yards and two touchdowns.

Next up for the Titans, now 2-1, is another Ranger team, this time from North Ridgeville, while the winless Lakewood Rangers look the get off the schnied with a home date versus the Olmsted Falls Bulldogs. Both games are at 7pm.