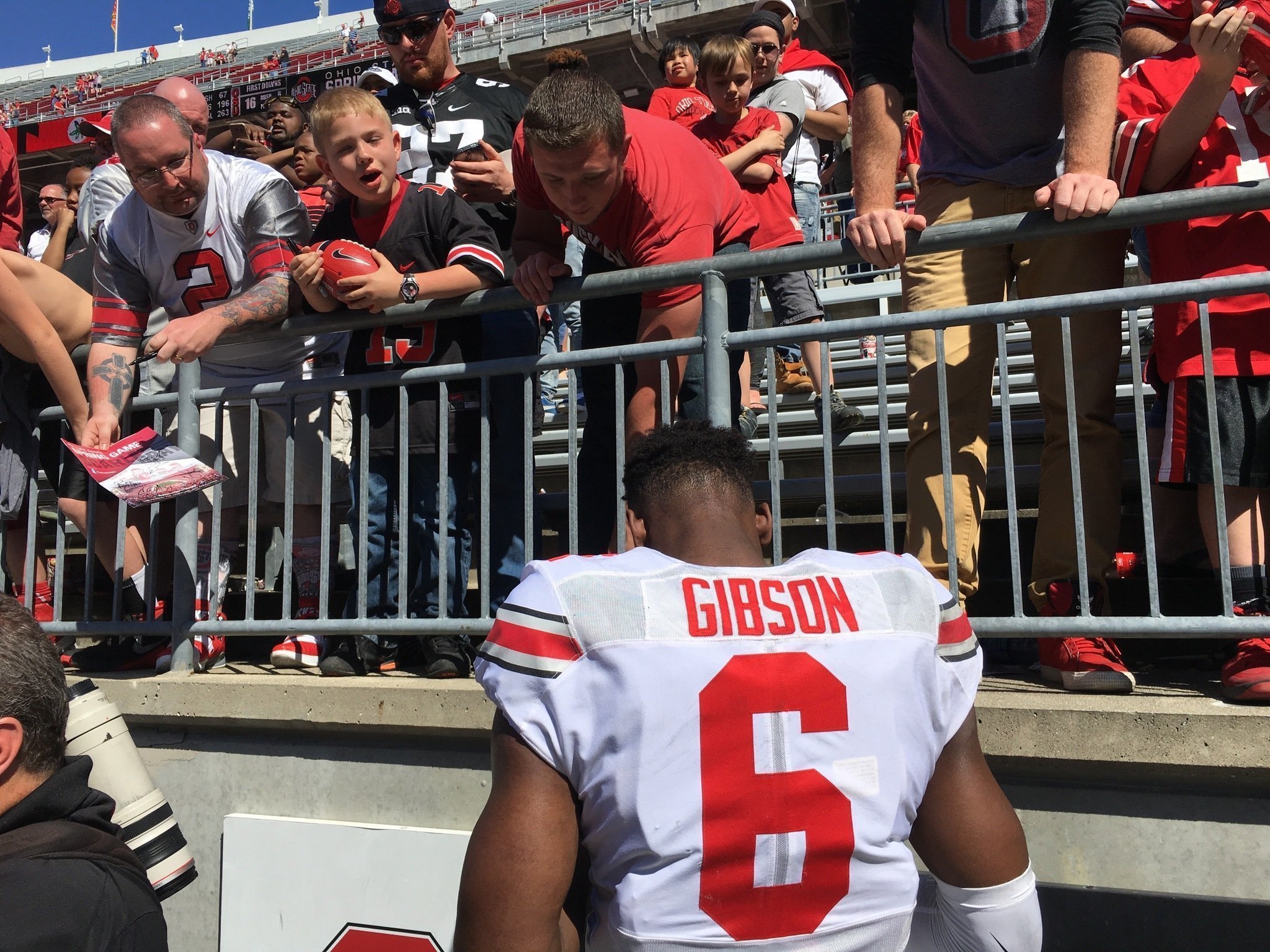 Ohio State redshirt freshman wide receiver Torrance Gibson has been suspended for the 2016 fall semester for violating the school’s student code of conduct.

UPDATE: Reports indicate that a female tutor accused Gibson of sexual harassment, which the wide receiver and the Buckeyes’ coaching staff deny.

Gibson is now suspended for the entire year & loses a year of eligibility. Buckeyes are adamant he did nothing wrong. They fought it hard.

Head coach Urban Meyer was asked about the suspension and said, “(The decision) was not (made by) athletic department or football and I disagree with it.”

The Buckeyes still have a talented pool of receivers for J.T. Barrett, including  Noah Brown, Corey Smith, Curtis Samuel and Parris Campbell, but Gibson was expected to make contributions in 2016, particularly when given opportunities late in games when the Buckeyes already have a manageable lead.

Gibson was a 4-Star prospect and the No. 6 athlete in the nation, according to 247′ Sports rankings of the 2015 high school senior class.

He was recruited as a quarterback, but converted to wide receiver during his freshman year because of the team’s depth under center.

He was not expected to make a huge impact in the immediate future in 2016, but he’ll still miss valuable playing time and if one or two of the Buckeyes’ star receivers were to go down with an injury, he would have been one of the candidates next in line to see an increased work-load.

Ohio State opens up against Bowling Green on Sat. Sep. 3 at 12 pm, as Meyer goes up against the team who first hired him as a head coach 15 years ago.