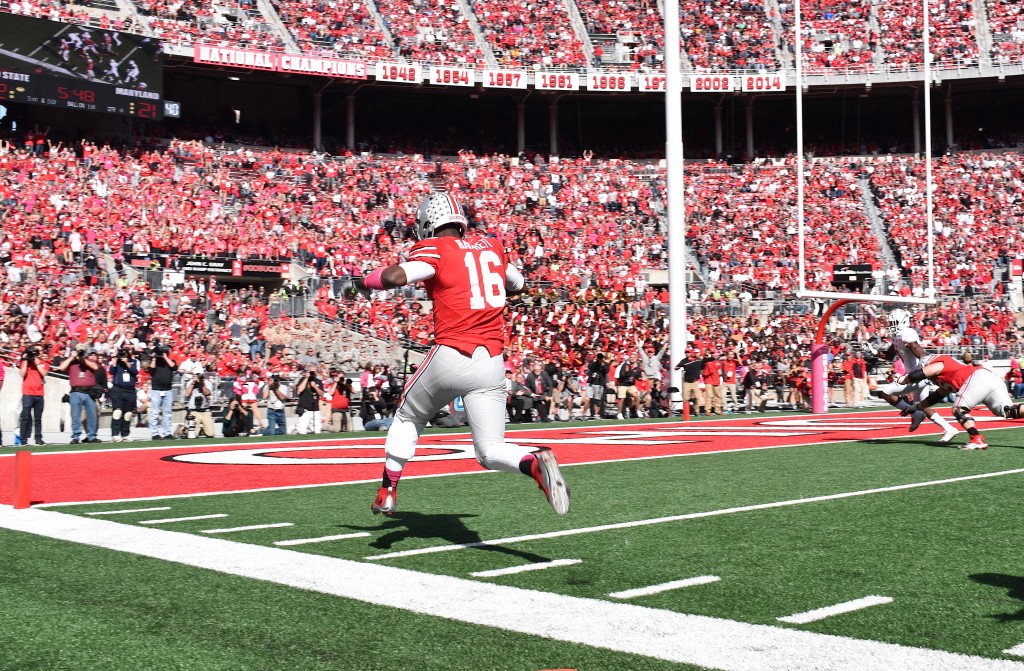 A report this morning from Ohio State website Eleven Warriors states that quarterback J.T. Barrett was arrested early on Saturday for OVI – which is operating a motor vehicle while impaired.

The incident took place near campus, and a tweet from the site says that Barrett blew just over Ohio’s legal limit of 0.08. A tweet goes on to say the QB ‘was cooperative,’ and was ‘picked up by Cardale Jones.’

Here’s more of the story from the site – which can be found HERE.

Barrett was arrested near High and Tompkins, just north of Campus after policed noticed the player attempt to avoid an OVI checkpoint in the area. Per CPD sources.

Because Barrett is under the legal drinking age of 21, he could be subject to a two-week suspension under the Ohio State Department of Athletic’s student-athlete drug and alcohol program.

The Buckeyes are off today and will be back in action next Saturday at home against Minnesota. It remains to be seen what will come of the situation in terms of if Barrett will be able to play or not.