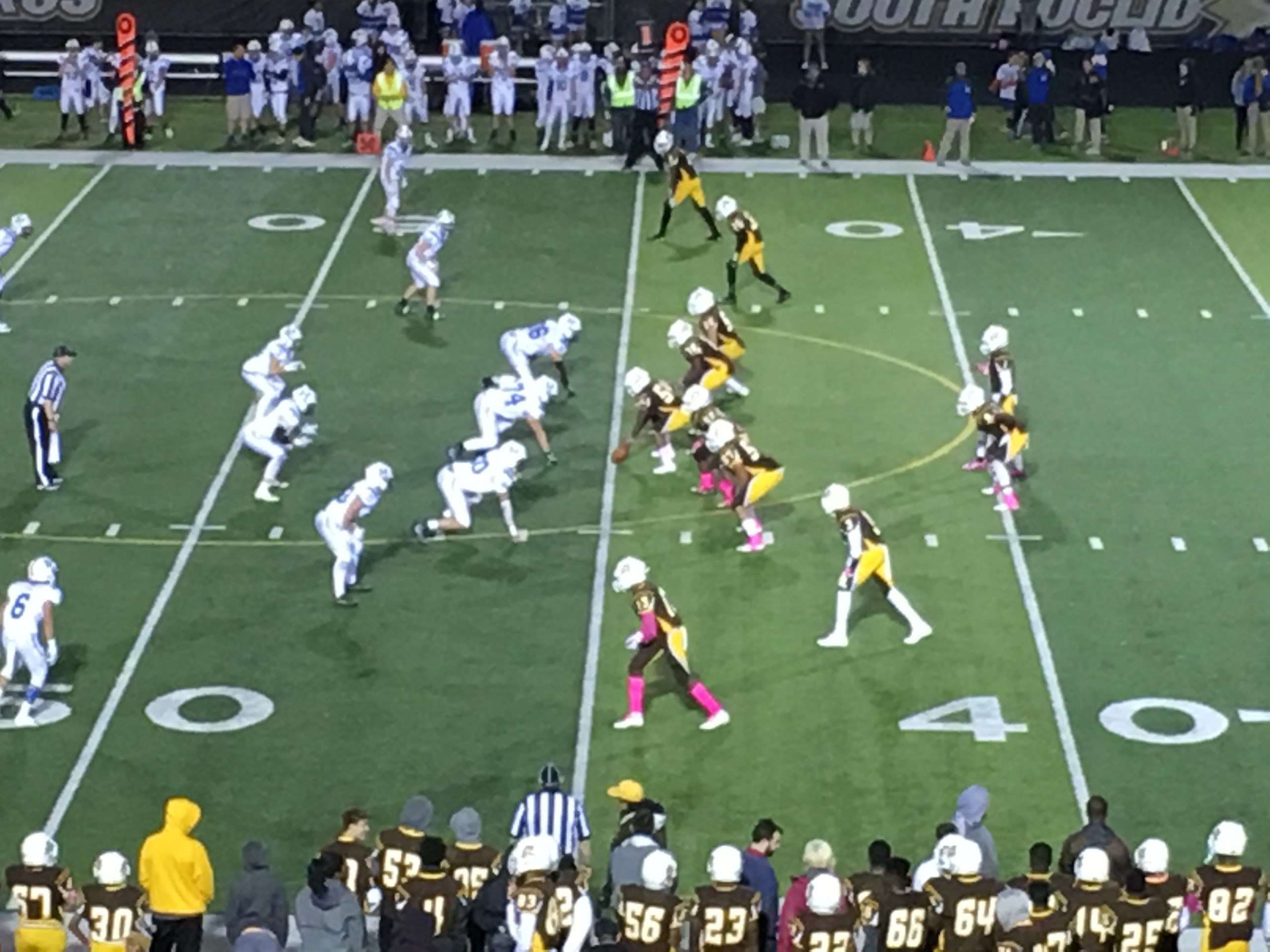 LYNDHURST, OHIO– As the rain continued to pick up on Friday night, so too did the Brush offense. The Arcs asserted their dominance on the defense of the Blue Streaks, showing why they earned their spot in the upcoming high school playoffs after their 43-23 victory.

Brush took their opening drive into Madison’s red zone, but quarterback Godwin Joe threw a roll out pass into the waiting arms of a Blue Streak defender in the end zone.

After halting Madison’s ensuing drive, the Arcs reached the Blue Streaks’ 45-yard line, where Joe was able to showoff his cannon arm on a deep ball to Markel Toney for the long score to go up 7-0.

In their first drive of the second quarter, Joe this time found Zachary Dixon alone in the end zone from four yards out after driving the offense down the field to extend their lead to 14-0.

The ensuing Arc possession was highlighted by the running ability of Joe, who escaped a collapsed pocket and bursted up the field for a 25-yard scramble before capping the drive off on his own on a five-yard race to the pylon, making the score 21-0.

The second quarter surge was not finished, however, as Joe again found Toney in stride just out of the grasp of coverage for an immaculate 34-yard strike.

Madison’s likelihood of being shutout appeared high, until a personal foul set them up inside the Brush red zone, and quarterback Alex Dragas was able to capitalize. The sophomore signal caller hit his tailback Ken Cline on a wheel route from the 18 for the touchdown with eight seconds remaining. Madison would go into halftime facing a 28-7 deficit.

The Arcs’ second half began with a bang, as Toney hauled in another slingshot from Joe, this time on a slant across the middle. Toney split two defensive backs and outran the entire Blue Streak defense on his way to a 62-yard score, now putting Brush up 35-7.

All in all, Joe would tally 343 total yards along with five scores. His leading receiver, Toney notched 169 yards on just six receptions, with three touchdowns. 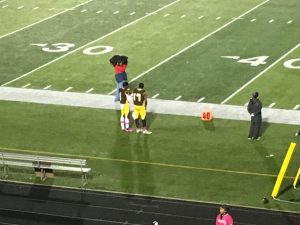 After a Madison fumble from their own one-yard line, freshman quarterback Anthony Shorts handed off to Khalail Mitchell for the next touchdown. Joe was not finished, however, as he was the orchestrator of a fake extra point in which the senior found Tyler Williams alone in the corner to convert the two points and improve the lead to 43-7.

After a rough Friday night on the ground for Dragas, the young quarterback raised some eye brows on a remarkable 20-yard scramble across the goal line. He then performed his best Tim Tebow impression on a “jump-pass” completion for the two-point conversion, leaving the score 43-15.

The final touchdown came by way of running back Michael Woody on a one-yard burst up the gut, resulting in the game’s final score, 43-23.

In improving their record to 8-2, Brush has all but clinched the fourth seed, and home field advantage. Their most likely opponent being Hudson.

Meanwhile, Madison falls to 2-8, but can advance into next season with plenty of reason to keep their heads up, as a number of skill position starters are underclassmen.