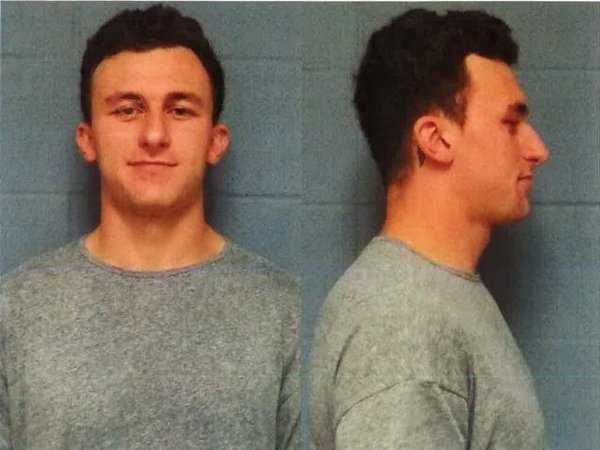 From hanging out with Justin Bieber to now having a mugshot – that’s the life for former Browns quarterback Johnny Manziel, who turned himself into police and posted a $1,500 bond for his domestic violence charge on Wednesday afternoon.

Manziel is set to appear in court on Thursday. Last month, he was indicted by a Dallas County grand jury on a misdemeanor domestic violence charge.

Johnny’s ex-girlfriend Colleen Crowley has accused Manizel of kidnapping, hitting and threatening to kill her.

Right now he faces a Class A misdemeanor that carries up to a year in jail and a $4,000 fine, but reports say that his lawyers and prosecutors could come to some type of deal that could be announced on Thursday.

Goff’s Dad Happy His Son Didn’t End Up with Browns
Johnny Manziel Appears in Court in Dallas; Told to Stay Away From Ex-Girlfriend