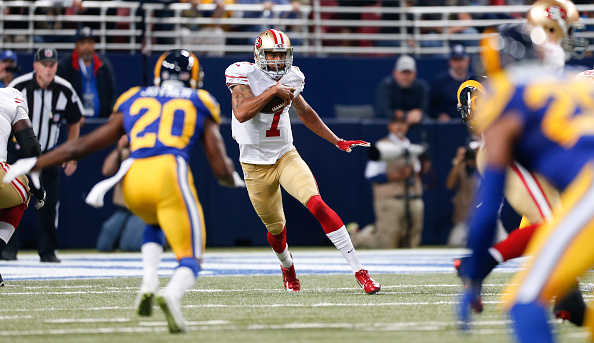 The sports and even those who are not into sports are still debating today the actions of San Francisco 49’ers quarterback Colin Kaepernick, who refused to stand for the National Anthem during a preseason game on Friday night.

Kaepernick, who was at one point rumored to be close to being traded to the Browns, said he will sit for the National Anthem moving forward to protest racial injustice and policy brutality toward black people and people of color.

While many athletes and those in and out of the sports world have voiced their opinion on Kaepernick’s actions, today it was Browns wide out Josh Gordon’s turn to say something about the QB.

Gordon and Kaepernick are friends off the field, and the Browns receiver said today that he supports the Niners quarterback in his actions, even if he doesn’t have an opinion on the matter.

“A good friend of mine, I greatly respect him,” Gordon said Tuesday to the media in Berea. “That’s great that he did that, for him, he needed to voice his opinion. He felt as if he needed to have his voice heard.

“I think he did it the best way he could, on his stage. I’ve got no opinion on that because that’s his opinion, it’s his right to do so as an American citizen.”

The latest former NFL player to come out against Kaepernick is former 49’ers great Jerry Rice, who said Monday night in a tweet that the QB shouldn’t disrespect the flag.