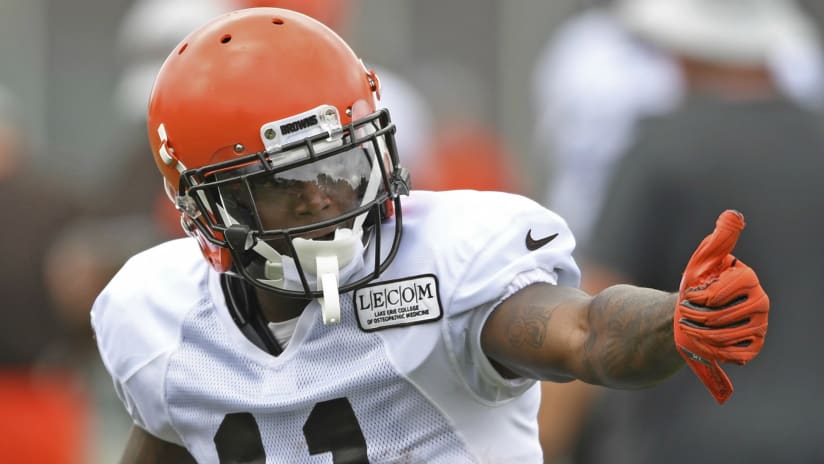 According to Mary Kay Cabot of Cleveland.com, the Browns are expected to play WR Antonio Callaway tonight in the preseason opener against the New York Giants.

Callaway was recently given a citation for possession of marijuana, as well as a suspended license. Callaway also had gun parts and bullets in the car according to reports. The wide out claimed the marijuana wasn’t his and his attorney said that his driver’s license is valid.

As stated before, the Browns don’t have much depth at the moment at the wide out position. In fact, they are currently in the market for a receiver.

The Browns have shown interest in WR Dez Bryant and Brandon LaFell, but neither free agent is close on a deal with the Browns at the moment.

With Callaway back in fold for the time being, the Browns get a little help at the position. They could receive more help as Josh Gordon is expected to return to the Browns soon.

What we do know is tonight Callaway will get a chance to showcase his talents tonight.

The rookie WR went in the fourth round of the 2018 NFL Draft. One other key note for tonight’s game. WR Odell Beckham Jr.will not be playing tonight against the Browns.

Kickoff is tonight at 7 p.m. on NFL Network and Channel (ABC).

Preview: The Browns 2018 Road to Redemption Starts with Preseason Game One Vs Giants
Browns vs Giants Preseason Week One Inactives