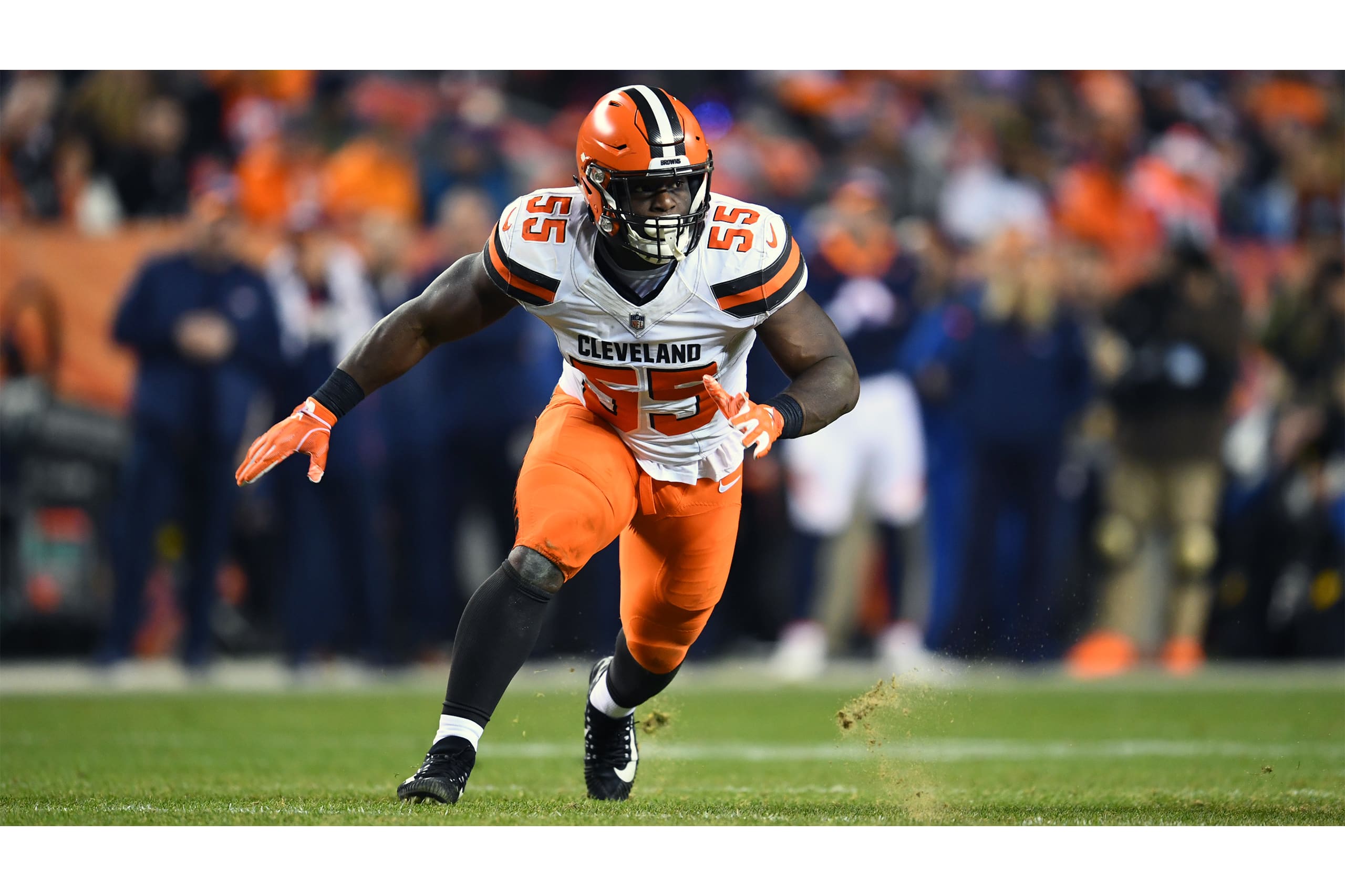 Welcome back to the proverbial trash can, Cleveland. One week after a statement win over the Ravnes to take over first place in the AFC North, the Browns will find themselves right back in the trash come Tuesday morning following a 31-3 dismantling by the hands of the San Francisco 49ers.

With the primetime lights shining on them for the third time in five weeks, the Browns were consmed by an avalanche of mistakes that started almost immediately. The defense was trampled to the beat of 275 rushing yards, coming from five different ball carriers. Matt Breida did most of the heavy lifting with 114 yards and a rushing and receiving touchdowns. The offense limped along throughout the night coming close to scoring on a few occasions but never actually reaching the end zone. It was an utter disaster and a game the Browns will want to quickly forget.

If you can bear it, here are five takeaways…

Making their third appearance on primetime, national TV already this season the Browns had got off to the worst possible start imaginable. After going three-and-out to open the game, the 49ers answered with a one-and-done 83-yard touchdown run from Matt Breida who left everyone in the dust. Then the Browns second possession was over before it even started as pressure from Joey Bosa led to a Richard Sherman interception on a poor throw from Mayfield. The teams then exchanged three-and-outs before the 49ers scored their second touchdown of the night with 6:26 remaining in the first quarter. And then a DeForest Buckner strip sack on Mayfield gave them great field position to add to their lead again. Fortunately that drive ended with a missed field goal and kept the Browns in striking distance but those early issues snowballed into more later on: an Antonio Callaway drop that turned into a pick at the goal line,

When the Browns were rewarded four primetime games this season, it was done with the belief that Cleveland was a playoff contender. With great expectations comes great responsibility and so far with three of their four primetime games out of the way, the Browns have dropped the ball. Instead of coming out of these nationally televised games hearing overtures of “the Browns are back” they’re hearing “same-ol-Browns.” That’s a little unfair because it’s pretty obvious that these aren’t the Browns of old. Thay have the talent and as they showed last week they can be dominant. But with an overhauled roster over the last few years and a first-year head coach there was going to be growing pains. It’s more likely that the Browns are caught somewhere in the middle of great and average. They’re are blips of greatness but far too many inconsistencies. Don’t get it twisted, these are not the same old Browns but that will be the narrative nationally until they prove otherwise on stages like Monday Night Football.

Just when you thought the Browns offensive line was turning the corner they had the luxury of squaring off with one of the best constructed defensive lines in the game. Dee Ford, Nick Bosa, DeForest Buckner, Arik Armstead – pick your poison. The Browns offensive line was no match for that group. Buckner and Bosa shined brightest tonight for San Francisco as the former had one sack. Meanwhile, Bosa was unblockable racking up four QB hits, two sacks (it should have been three), and three tackles for a loss. He rubbed his dominance in Mayfield’s face by mocking his infamous planting of the flag at Ohio Stadium and hey, he earned the right to tonight. Simply put the Browns offensive line was owned on Monday night, yielding four total sacks to the 49ers defense. They were exposed and their woes in the trenches aren’t going away anytime soon. Anything short of a trade for Trent Williams won’t be enough to fix the O-line this season.

Maybe the one bright spot of the night was Myles Garrett, who continued his personal quest for defensive player of the year with sack No. 7 on the season. Defensively it was the only thing that really went well for the Browns as Garrett moved into second place on the sack leaderboard. The D-line as a whole finished with two sacks on Jimmy G, against a San Francisco offensive line that had allowed only two entering Monday.

No one was ready to throw in the towel on Baker Mayfield after an up and down first three games of the season. But five games in, after a pathetic eight-for-22, 100 yard and two interception outing, panic is starting to creep in. Not that social media should ever be used a measuring stick for the pulse of a fanbase but just search “Baker Mayfield” on Twitter and you’ll get a treasure trove of Mayfield slander. It’s probably still too soon to jump straight to “Mayfield is overrated and another Browns bust,” if you’re having doubts though no one can blame you. No one can really dispute the criticisms of Mayfield right now; that he stares down his first read, only rolls to his right, etc. He’s developing bad habits and the O-line play is part of that. The deeper into the season these issues continue, the fast fans will turn on him.

Spencer Picks the Browns: Week 5
Baker Mayfield is Holding the Cleveland Browns Back