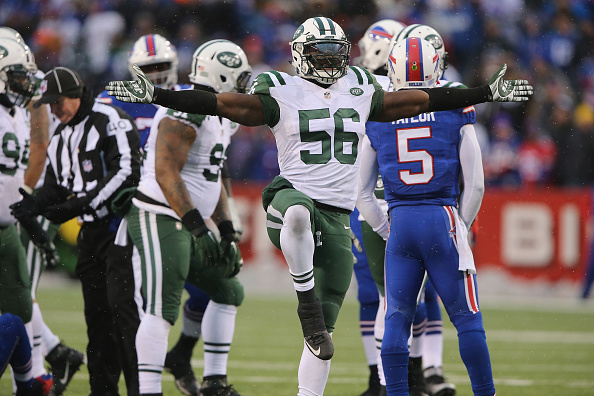 The Browns are chatting today with free agent linebacker Demario Davis, a third-round pick of the Jets back in 2012 who played his college ball at Arkansas State.

Here’s what the New York Post said about Davis from July of 2015 before last season started:

Davis has developed like teams hope all mid-round draft picks do. He was one of the team’s best special teams players as a rookie, became a starter on defense in his second season and emerged as one of the better players on the defense in his third year.

Davis had 116 tackles last year, second on the team behind fellow linebacker David Harris. He also had 3 ½ sacks and two fumbles recovered (one that should have been a touchdown against the Bears).

In 2015 Davis started all 16 games for the Jets, racking up 90 tackles to go along with two sacks.

He’s 26 years old so he has a lot of good football left. He is the cousin of late former NFL quarterback Steve McNair.