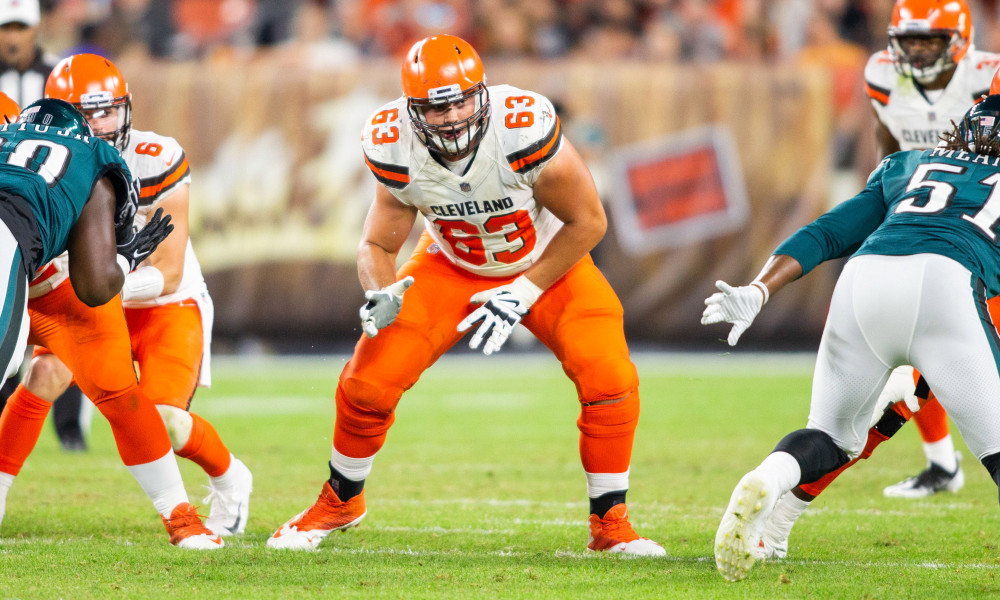 Since taking over as Browns general manager nearly two years ago, John Dorsey has had more notable draft hits than misses. One of his few misses was shipped out of Cleveland on Tuesday as the Browns traded 2018 second-round pick Austin Corbett to the Los Angeles Rams in exchange for a 2021 fifth-round pick. The NFL Network’s Tom Pelissero was the first to have the exact compensation details.

Compensation update: The #Rams traded a fifth-round pick in the 2021 draft to the #Browns for C Austin Corbett, source said. Paying up for some much-needed O-line help.

The move signifies the end of a failed experiment in finding where exactly Corbett fit on the Browns offensive line. The University of Nevada, Reno product was drafted as a tackle but the Browns quickly realized he was better suited to play one of the interior O-line positions and made him a guard. He never quite took at that spot as well which turned into him also seeing reps at center, which is where he was slated this season.

Serving as veteran J.C. Tretter’s backup, Corbett played in three games this season as a reserve. Over his year and some change tenure with the Browns, Corbett appeared in 14 total games, making just one start.

For the Rams, acquiring Corbett is a move to bolster their offensive line depth after regular starting left guard Joseph Noteboom left Sunday’s loss to the 49ers with a torn ACL and MCL. It’s likely that they view Corbett as Noteboom’s replacement at guard for the remainder of the season. The Rams also made another trade with an AFC North team, sending CB Marcus Peters to the Ravens for linebacker Kenny Young.

As Corbett departs Northeast Ohio, he goes down as one of the only draft blemishes on Dorsey’s resume since joining the franchise. The Browns had hoped that the 33rd overall pick would emerge as a starter leading up to the 2019 campaign after Dorsey traded Kevin Zeitler to the Giants during the offseason. Ultimately, they ran out of patience with 24-year-old as Dorsey saw an opportunity to salvage a draft blunder by acquiring some draft capital and took it.

Podcast: CLE Sports Talk with Casey Drottar – 10.14.19
The Austin Corbett Pick was a Multi-Angled Disaster for the Browns