His roster spot likely will be filled by running back Shaun Draughn so the team can have three running backs Sunday vs the Jets.

Winn tweeted out his thanks following the trade. 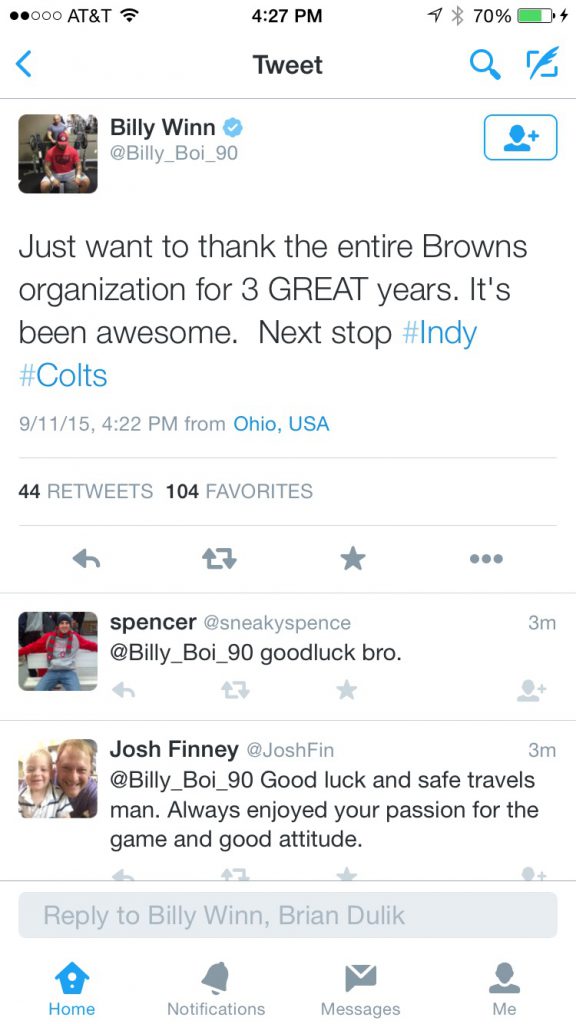