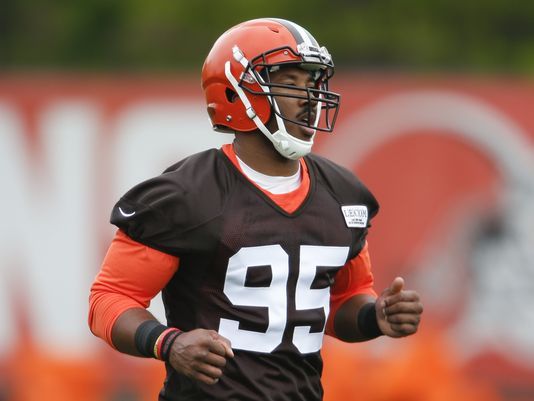 CLEVELAND, Ohio- Almost every Cleveland Browns fan was jumping for joy when the team selected Texas A&M Defensive End Myles Garrett with the number one overall pick in the 2017 NFL Draft, stoked to see what the young pass-rusher could bring to the team. But early on in OTA’s, Garrett has started to worry members of the Dawg Pound.

Garrett walked off the field today at practice with an obvious limp after participating in a drill, raising enough concern to have him looked at by doctors.

Browns doctors have been looking at Myles Garrett's foot after he limped to sideline following a pass rush drill.

Head Coach Hue Jackson had this to say to reporters regarding Garrett’s injury after today’s practice:

“Obviously I’ll know more once we get inside but I think it’s his foot. So we’ll see. I don’t know how it happened. Those things happen. Hopefully everything’s OK and we’ll see once we get a chance to go inside.”

We’ll keep you updated as this story progresses.