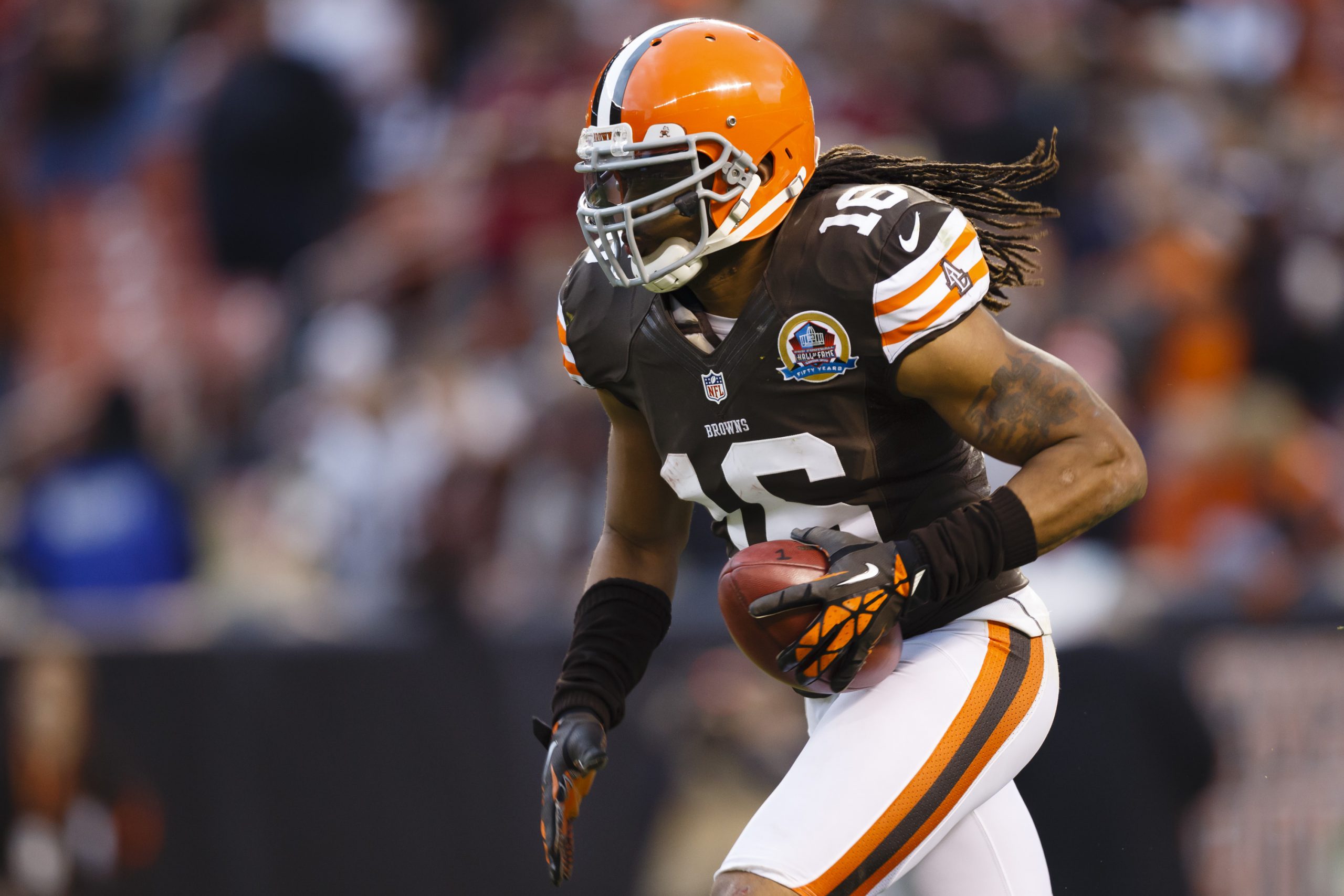 The Browns in 2020 will induct two of the most dynamic playmakers in team history into their Legends program, as wide receiver/return specialist Josh Cribbs and wide receiver Webster Slaughter are set to join the exclusive group.

Cribbs and Slaughter will be honored during a halftime ceremony Week 3 (Sept. 27), when the Browns host the Redskins at FirstEnergy Stadium. More details will be released in the coming months.

“It is always special to spend time with and celebrate Browns alumni, and we are incredibly proud to recognize Webster Slaughter and Josh Cribbs – two of our team’s greats that are also exceptional men – as the newest Browns Legends members,” said Dee and Jimmy Haslam. “We deeply appreciate everything they, along with all of our alumni, have done for the Browns on the field and how they continue to contribute to our team and our community in meaningful ways.”

“When I look at my time here in Cleveland and everything I’ve been able to bring to the team — being undrafted and my value to the team and what it meant not just to the team but to the city — it was kind of confirmation that they think that Cribbs guy, he did a job well done, so much so he’s a legend to us,” Cribbs said. “That means everything to me.”

“I just tried to embody everything Browns fans stand for,” Cribbs said. “Cleveland is not as big as New York City or LA. We’re just a hard-working, football town, blue-collar to the core. I embodied what they stood for, having to start from nothing, undrafted, having to fight my way onto the team, having to be in a position lower on the team … They lived through me and every game and every time I would encounter a fan, they would tell a story of how bad they wanted us to win or a story of when they were at the game in the stands and they wanted me to win so bad.

“I hear all these stories and I used to take it to the field knowing the fans are rooting for me. I would take all that energy and it would boost me during the game.”

Slaughter, a 1986 second-round pick out of San Diego State, provided an immediate jolt to Cleveland’s offense during back-to-back seasons that ended with trips to the AFC Championship. In his first-ever playoff game, Slaughter caught six passes for 86 yards in Cleveland’s thrilling, overtime victory over the Jets in the AFC Divisional Round. In the following season, Slaughter caught a career-best seven touchdowns, two of which came in the Browns’ AFC Central-clinching victory over the Bengals late in the regular season.

“It was amazing,” Slaughter said. “At the time of my life, that was the most exciting thing I’d ever been a part of. The way the team came together, the camaraderie between all the players and how the city jumped behind the team and drove us, really, to those championship games, it was one of the most special times of my life.”

Slaughter had his best statistical season in 1989, when he made his first of two Pro Bowls after catching 65 passes for 1,236 yards and six touchdowns. Slaughter’s 97-yard touchdown in Cleveland’s Week 7 win over the Bears was, at the time, the longest in team history and longest in the history of Monday Night Football. He also caught two long touchdowns (52 and 44 yards) in the Browns’ playoff victory over the Bills.

Over six seasons in Cleveland, Slaughter caught 305 passes for 4,834 yards and 27 touchdowns. He finished his career with stops in Houston, Kansas City, New York (Jets) and San Diego. He made the Pro Bowl in 1993 with the Oilers and finished his NFL career with 8,111 yards and 44 touchdowns.

“I will never forget my six years in Cleveland,” Slaughter said. “I played in other places but none of those places ever gave me the feeling that I had when I played for the Cleveland Browns. It was a different feeling and totally special.

The Cleveland Browns organization honors the men who have contributed to the success of the Browns organization. The Legends Program started in 2001 with the automatic induction of the Browns’ then Pro Football Hall of Famers along with the initial class of five other inductees. An eight-person selection panel chooses the players to be honored. The team has named two Legends per season since 2010 with the exception of 2019, when it did not name any and instead honored Otto Graham with a statue outside of FirstEnergy Stadium and inducted Clay Matthews into the Ring of Honor.