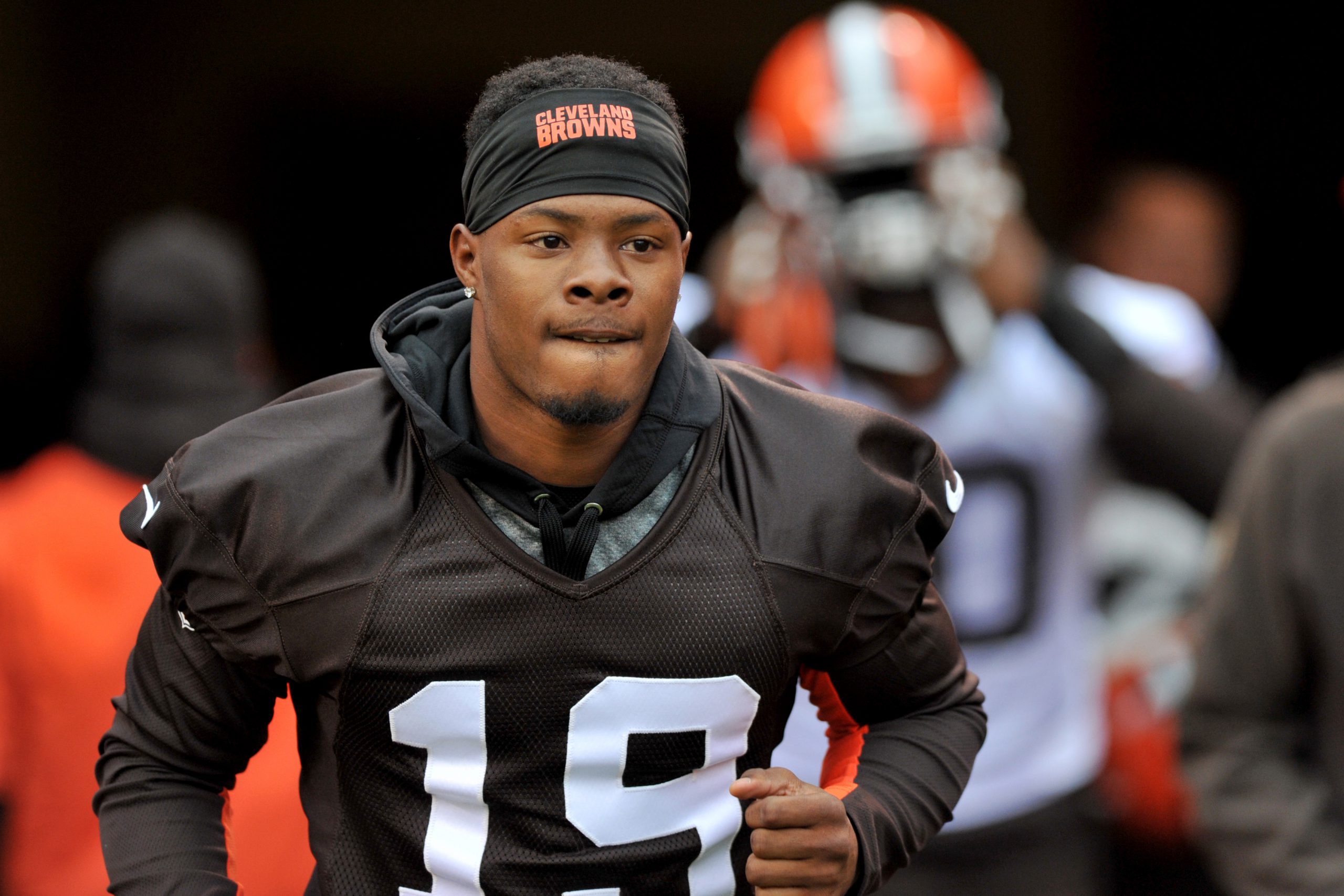 CLEVELAND, OH – After having back-to-back seasons derailed by a broken hand, 2018 has been painted as a prove it year for 2016 first-round pick, Corey Coleman. He won’t get a chance to do that in Cleveland this fall.

Instead, Coleman will be looking to prove himself in a different city: Buffalo, New York. The Browns have officially traded the speedy wideout to the Bills in exchange for a 2020 seventh-round pick. ESPN’s Adam Schefter was the first to report a finalized deal between the two teams.

Cleveland is trading former first-round pick WR Corey Coleman to the Buffalo Bills for a draft pick, per source.

Coleman was the player the Browns selected after trading the No. 2 overall pick to Philadelphia so the Eagles could draft Carson Wentz.

It’s not the first time this offseason the Bills and Browns have sought each other out as trade partners. Earlier this offseason the two teams linked up in a deal that sent veteran quarterback Tyrod Taylor to Cleveland. This time it was the Bills looking to address a need, bolstering a lackluster wide receiving corps before the season commences.

While Coleman heads east on I-90 to his new team for a fresh start, his time in Cleveland will likely be remembered as underwhelming. Coleman came joined the Browns with high expectations being selected 15th overall in 2016.

Those two unfortunate hand injuries kept Coleman out of 13 total games over the last two seasons. He played in 10 games during his rookie campaign and compiled 33 receptions for 413 yards and three touchdowns. Then this past season, the Baylor product caught another 23 balls for 305 yards and two more TDs in just nine games.

Injuries weren’t the only thing that haunted Coleman during his short Browns tenure though. The 24-year-old also developed a reputation for dropping passes – key ones at that. His career catch-percentage sits at just 43-percent.

All those factors left many questioning Coleman’s future with the team ahead of training camp. However, with fellow wideout Josh Gordon failing to report to camp, Coleman suddenly seemed indispensable. Cleveland’s willingness to move Coleman would suggest the team’s brass is confident that Gordon will be back with the team soon, as the embattled wideout has said.

Meanwhile, by trading Coleman, the Browns have now seen every last one of their first-round picks between 2012-2016 depart Cleveland. 2012 first-round picks RB Trent Richardson and QB Brandon Weeden were traded and cut respectively. 2013 first-rounder LB Barkevious Mingo was traded to New England ahead of the 2016 seasons and went on to win the Super Bowl.

HBO ‘Hard Knocks’ with the Cleveland Browns Schedule: When, How to Watch and Stream
Does the Browns Trade of Corey Colman Have Anything to Do With Dez Bryant Possibly Coming to Town?