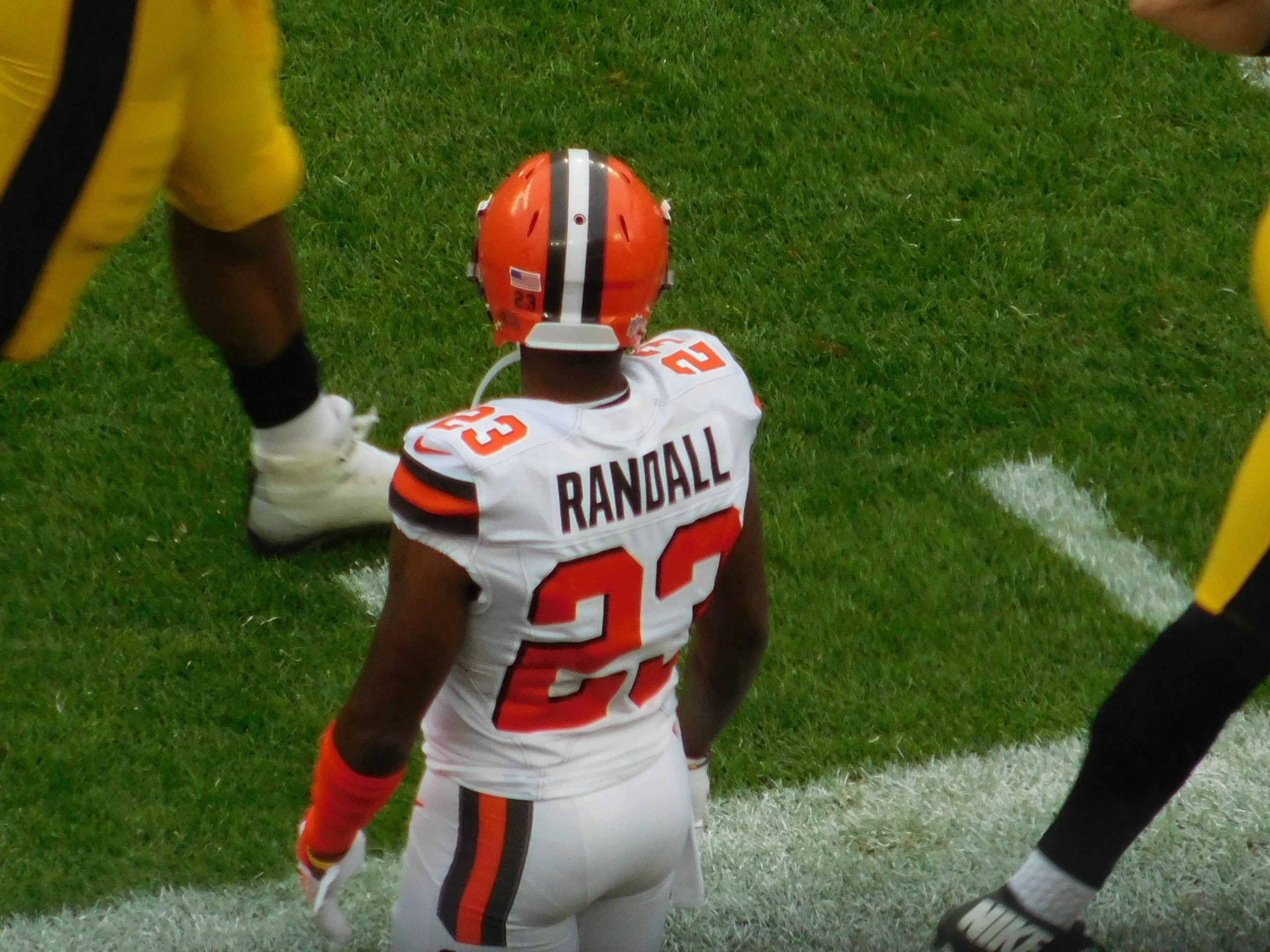 Browns safety Damarious Randall isn’t exactly holding back in the prediction department when it comes to Sunday’s AFC North showdown with the Cincinnati Bengals at Paul Brown Stadium.

Randall Friday stated that the Browns would finally (in so many words, some not suitable for young ears) break their long road losing streak if Cincinnati star wide out A.J. Green doesn’t take the field.

“If they don’t have A.J. (Green) they’re getting their ass beat,’’ Randall said.

And what was the reason behind Randall’s thinking behind the statement?

The Bengals didn’t play that well last week, as they fell on the road to the Baltimore Ravens and rookie QB Lamar Jackson 24-21. Cincinnati’s offense, minus Green, put up just 255 yards in the loss.

The Bengals didn’t have Green at practice this week, again with a toe injury, but they weren’t ready to rule him out on Friday as Green was designated questionable.

“I hope he plays, to make the game a little more interesting,’’ Randall said about Green taking the field.

Green has been a playmaker this season for Cincinnati, posting 45 catches for 687 receiving yards and six touchdowns in eight games played.

If Green is unable to go, look for third-year wideout Tyler Boyd to again be the leading wide out for the Bengals. This season he’s put up 52 receptions for 685 receiving yards and five touchdowns.

LISTEN: The Dawg Pod Episode 13
Browns Travel to Cincinnati to Take on the Bengals; Three Keys to a Browns Win