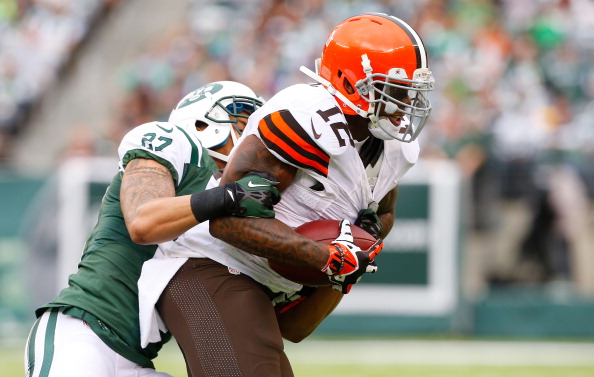 The Browns will not have the services of returning wide out Josh Gordon on Thursday night at First Energy Stadium when the team takes on the Super Bowl Champion Philadelphia Eagles.

Head coach Hue Jackson stated on Monday that Gordon won’t take the field as he continues to work his way back after missing the first few weeks of camp.

“No, Josh is not playing this Thursday night. No,” Jackson said. “That’s for sure.”

While him not playing on Thursday really isn’t that big of a deal, the bigger question is will he be ready for the season opener against the Steelers on Sunday, September 9th at home.

The question was asked to Jackson on Monday about Gordon possibly suiting for that final preseason game against the Lions, a game that normally no real important player appears in to avoid injury and also it gives a chance for the coaches to look at other players looking to make the final roster.

Jackson didn’t seem to squash the idea of Gordon playing in that game against Detroit.

“I would not be opposed to it,” Jackson said.

For now Gordon remains on the active/non-football injury list, which permits him to attend meetings and conditioning sessions, but not practice with the team.