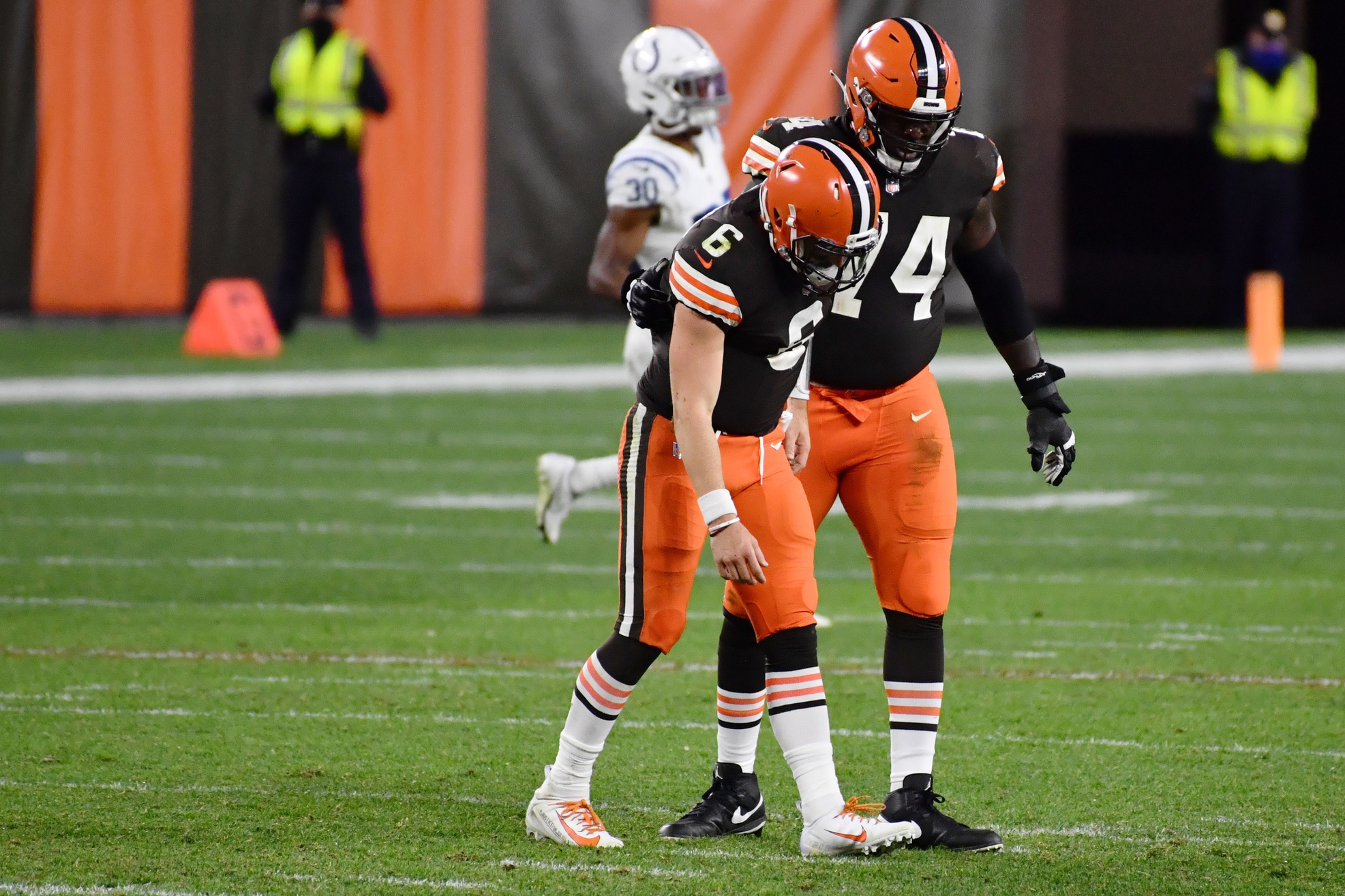 The Browns and Steelers have spent most of the week answering questions about the Myles Garrett incident from a year ago, but no matter how you shake it down, it’s a huge game between a 4-1 and 4-0 team.

Today the Browns announced that no one has any Covid-19 issues after Thursday’s scare with Odell Beckham Jr. going home, and while there’s a number of injuries, the team is ready to head to Heinz Field.

Not having Joseph in the secondary is going to hurt, and all eyes will be on Mayfield, Odell and Landry for their injury issues and how close to 100 percent they will be.

Assessing The Browns And Their Playoff Chances
Beckham Passes First Covid-19 Test, Can Rejoin Team Saturday After Passing Another