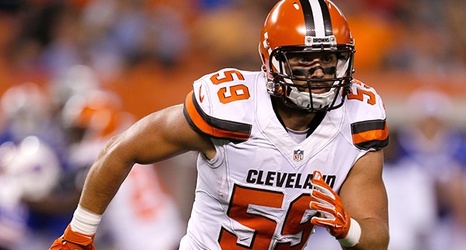 The Cleveland Browns have re-signed linebacker Tank Carder, the team announced on Monday. Carder missed the entire 2017 season with a torn ACL suffered in the pre-season.

Carder, a five-year pro out of TCU, has been with Cleveland for the entirety of his career. Since the 2012 campaign, Carder has appeared in 78 games and has started two of those contests. He’s put up twenty-two tackles and has forced a safety throughout his tenure, proving to be more of a stable linebacker that provides help where needed than a true game-changer. However, Carder has been a hard-working player that always does the right thing and plays the game properly. Those traits are pretty important to NFL franchises and that’s part of the reason Carder received a new deal.