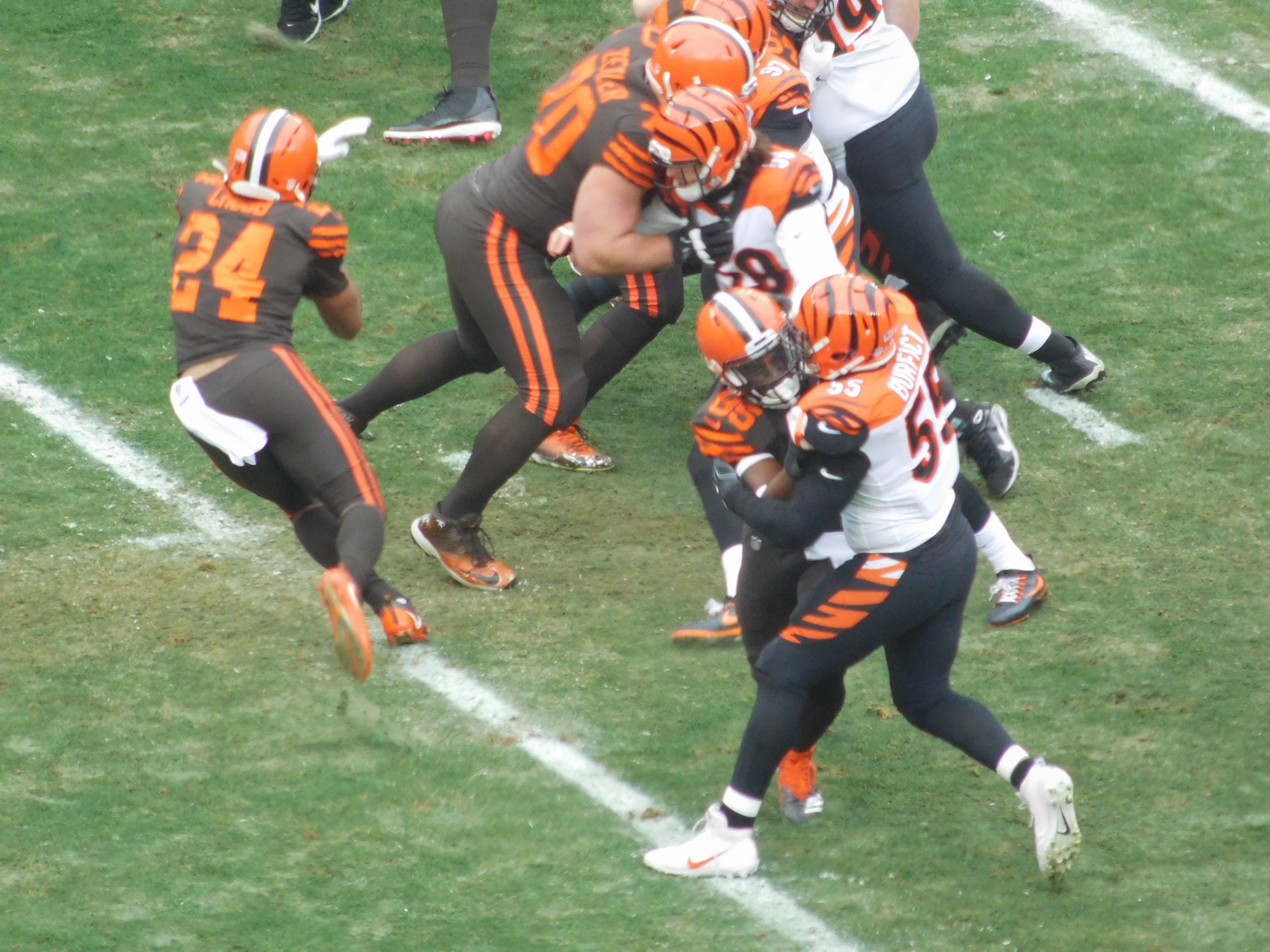 CLEVELAND – The Browns had everything go their way on Sunday in their home finale against the Cincinnati Bengals, and rookie running back Nick Chubb reached history in the process.

Chubb, by reaching 91 yards, broke the Browns rookie rushing record set back in 2012 by Trent Richardson, who ran that season for 950 yards.

The Georgia rookie has rushed for eight touchdowns this year. He really didn’t come on until the team dealt starting running back Carlos Hyde to the Jacksonville Jaguars in October.

Before the deal for Hyde, Chubb had run for just 173 yards in his first six games, with a 105-yard effort in a loss at Oakland on September 30th.

After the Hyde deal, Chubb has been one of the best backs in the league, rushing for 687 yards over his last eight games, including a 176-yard effort against the Atlanta Falcons on November 11th.

He’s also scored six of his eight touchdowns in the last eight games.