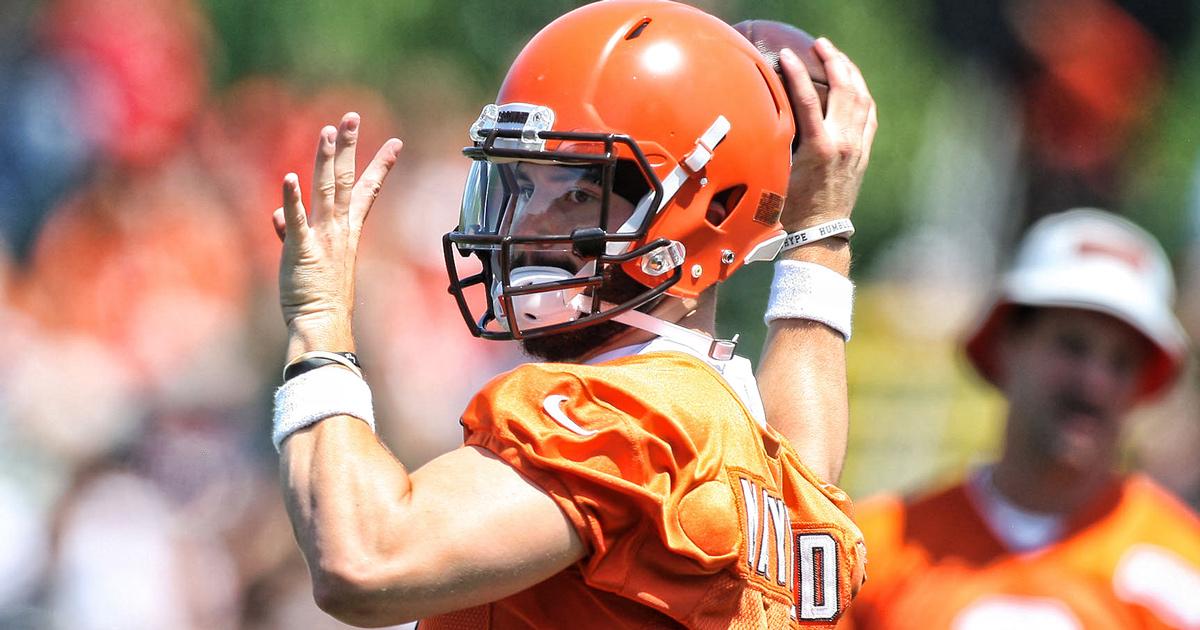 While new Browns coach Freddie Kitchens and the team were adding coaches and getting ready for today’s press conference to introduce him as the new head coach, franchise QB Baker Mayfield was out in California for a very good cause.

The first overall pick of last year’s NFL Draft was in California, were he was taking part in a charity softball game, raising money California wildfire victims.

The Indians caught wind of Baker out west, and got a clip of him taking some swings at the plate, and the QB responded to the Indians with another video in fun.

Browns announce key additions to coaching staff
Ready or not, Freddie Kitchens won’t change who he is as he steps into role as head coach