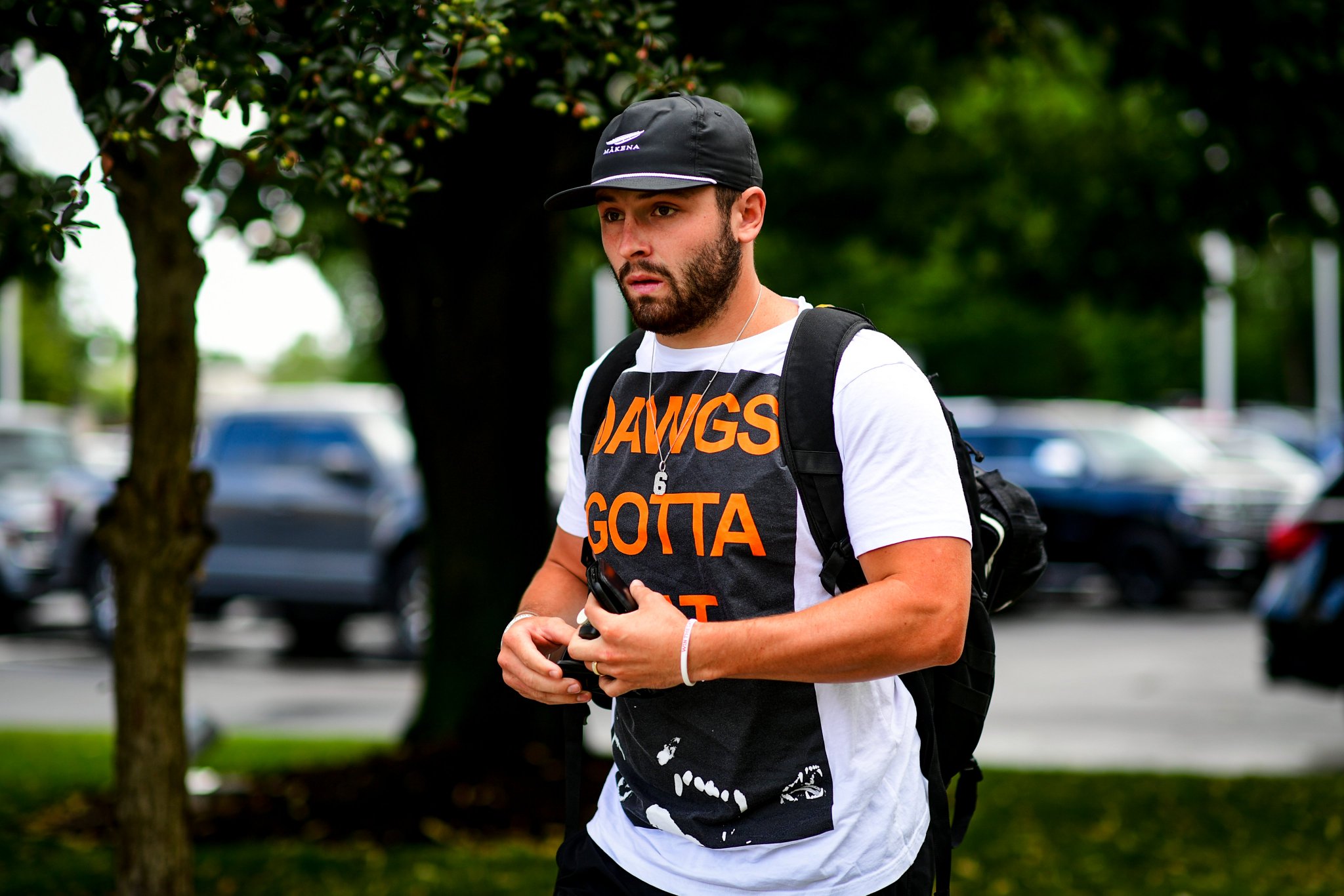 While the Indians were busy winning their second straight over the Los Angeles Angles 7-2 at Progressive Field Saturday evening, another Cleveland athlete was winning on the stadium’s scoreboard.

Browns quarterback Baker Mayfield, fresh off his outing at the Brown and Orange scrimmage at First Energy Stadium on Saturday afternoon, took in the Tribe-Angels affair, and took advantage of his time when shown on the scoreboard.

The quarterback gave those on hand something to cheer about, as he shotgunned an adult beverage, and then waved his arms to pump up the Indians faithful.

Mayfield also pointed to the back of his jersey, which was that of Indians shortstop Francisco Lindor.

Here’s two quick videos of the Browns QB winning over the crowd.

Baker mayfield shotguns a beer at the #Indians game. Got the people going crazy pic.twitter.com/4m0no5jIEr

Baker Mayfield has made the Cleveland Browns the most interesting team in the NFL this year. pic.twitter.com/Cx0KGhtPT8

Saturdays are for the boys. 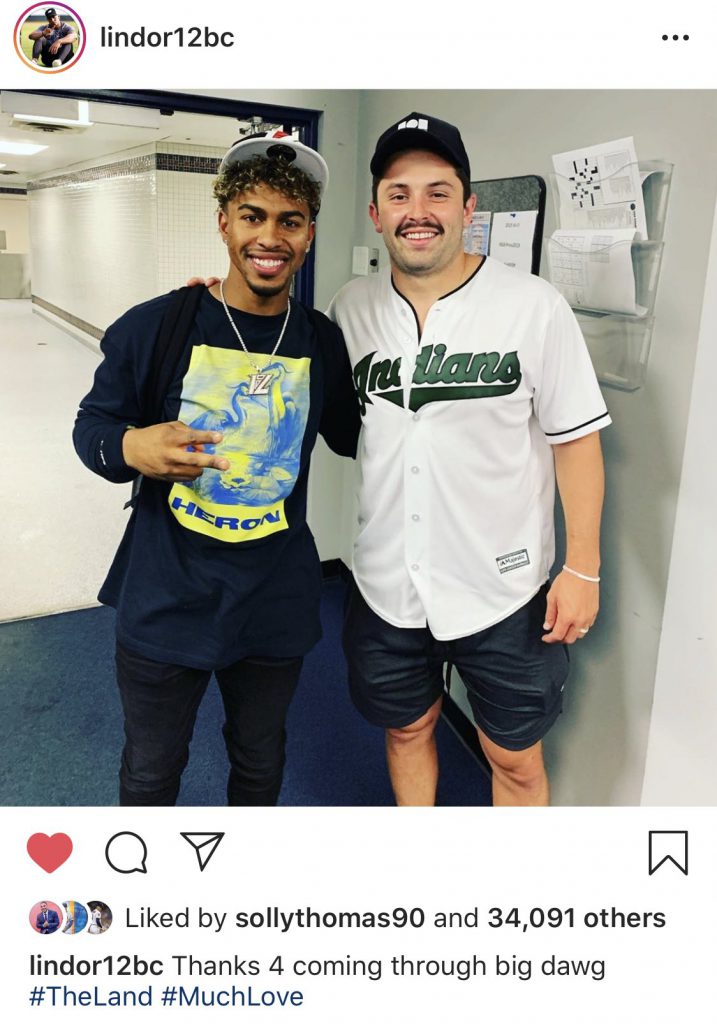 Browns have a loaded running back group right now, but who should be on the depth chart come Week One??
Report: Corey Kluber to Begin Rehab Assignment in Columbus on Thursday