Browns Pull Out 33-30 OT Win Over Ravens in Baltimore 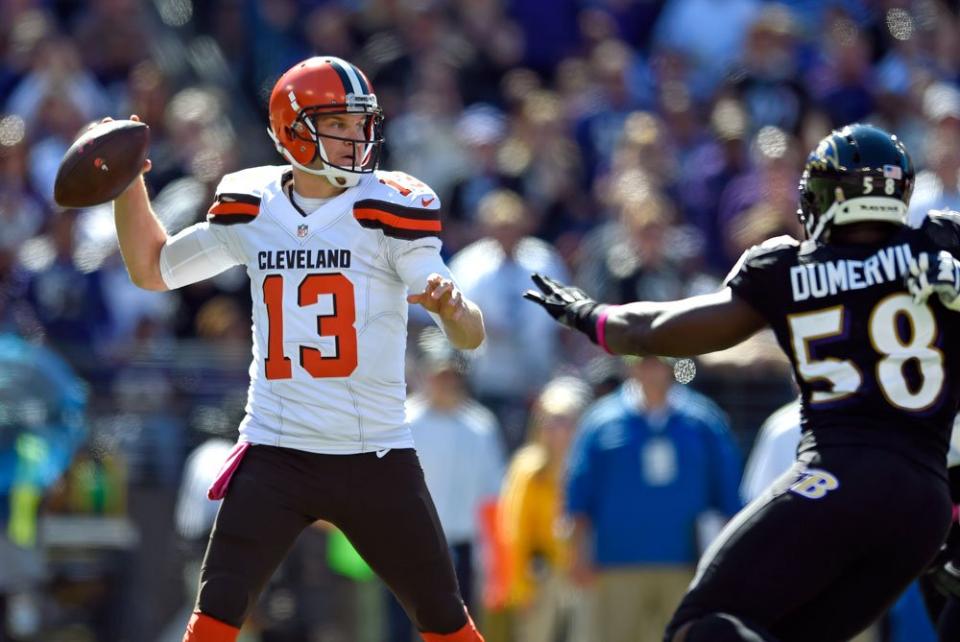 In a game that the Browns had to have, they leaned on the arm and comeback ability of Josh McCown to pull out a huge 33-30 win over the Ravens in overtime.

Cleveland rallied from down 14-3 and 27-22, and led the game 30-27 when the Ravens rallied late in the fourth quarter, but had to settle for a Justin Tucker field goal with 29 seconds left to send the the game into overtime.

Tight end Gary Barnidge had his best game of his career, pulling in 8 passes for 139 yards and a circus touchdown that gave the Browns a 22-21 lead early in the fourth quarter.

The Ravens came back as Justin Forsett, who ended the day with 121 yards on the ground, gave the Ravens a 27-22 lead before the Browns drove down the field and McCown hit Isaiah Crowell with a 22-yard score to put the Browns back up 30-27 following the two-point conversion.

The win puts the Browns ahead of the Ravens in the AFC North – Cleveland is now 2-3 while the Ravens fall to 1-4.

Next Sunday the Browns will be at home to take on the Broncos.