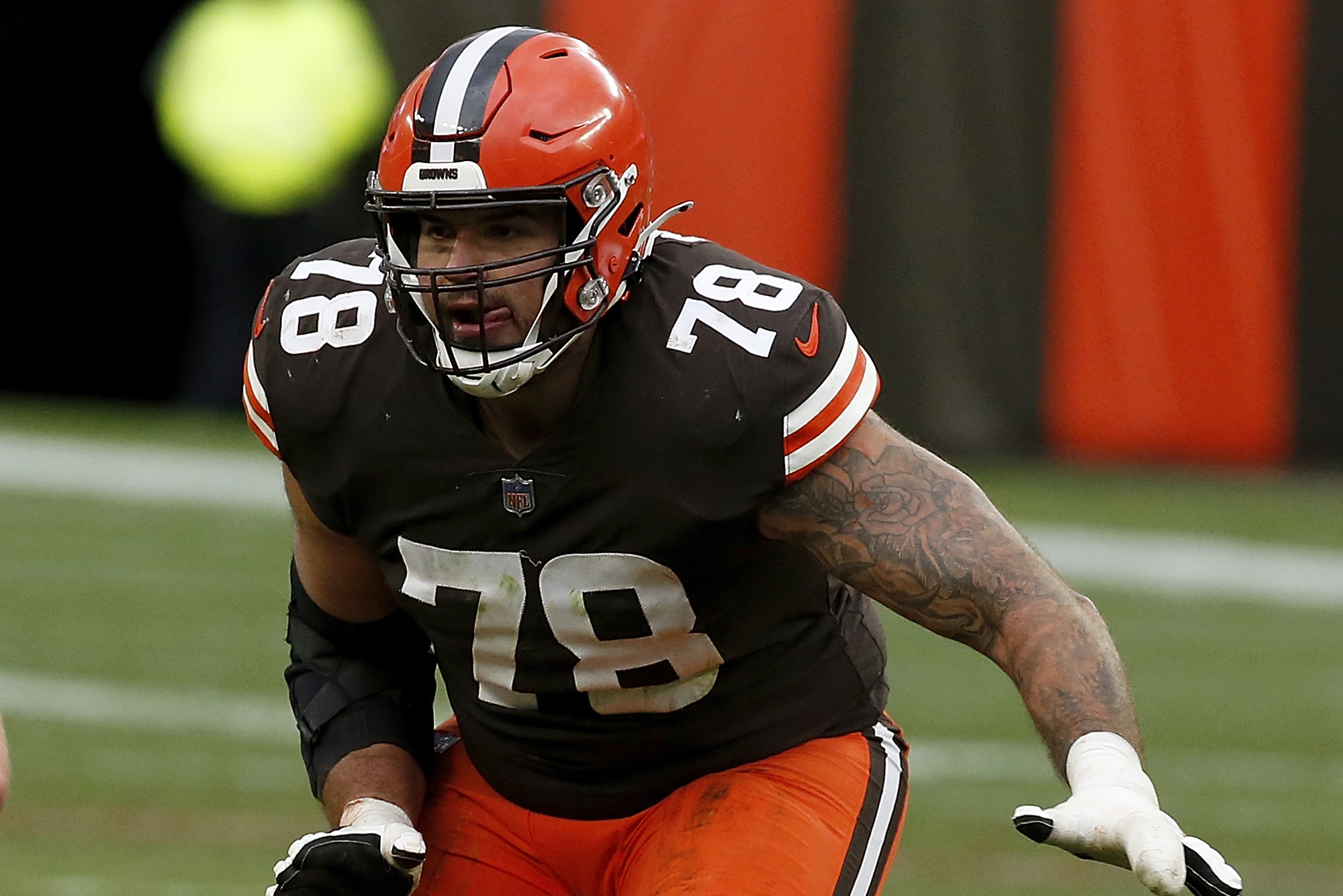 With their showdown less than 24 hours away the Browns made a couple of roster moves to get ready for the contest.

The team had placed both Conklin and Parkey on the reserve/COVID-19 back on November 18th, and the NFL states once on the list, players must stay on it for at least three days.

Dunn is 6-5, 315-pounds and is officially in his first NFL season out of Maryland. Originally signed by the Rams as an undrafted free agent in 2017, Dunn has spent time on the Rams (2017) and Jaguars (2018) practice squads.

He spent the first nine weeks this season on the Browns’ practice squad and was elevated last week and made his NFL debut. He was also member of the Birmingham Iron (AAF) in 2019 and Seattle Dragons (XFL) in 2020. He is a native of Bethesda, Md. and will wear No. 68.

Malveaux stands 6-6, 265 pounds and in his third NFL season out of Houston. He entered the NFL as an undrafted free agent with Miami in 2017 has appeared in 13 games from 2017-18 between the Dolphins (nine) and the Cardinals (four).

The Hamshire, Texas native has registered 15 tackles, two sacks and one pass defensed in his career. He has spent the past five weeks on the Browns’ practice squad. Malveaux will wear No. 69.

Stanton is 6-2, 240 pounds and in his second NFL season out of UNLV. Originally signed by the Vikings as an undrafted free agent in 2018, missed his rookie season with an injury.

He spent time on the Vikings’ practice squad in 2019 and spent all of 2020 on the Browns’ practice squad. Stanton is a native of Rancho Santa Margarita, Calif. and will wear No. 43.