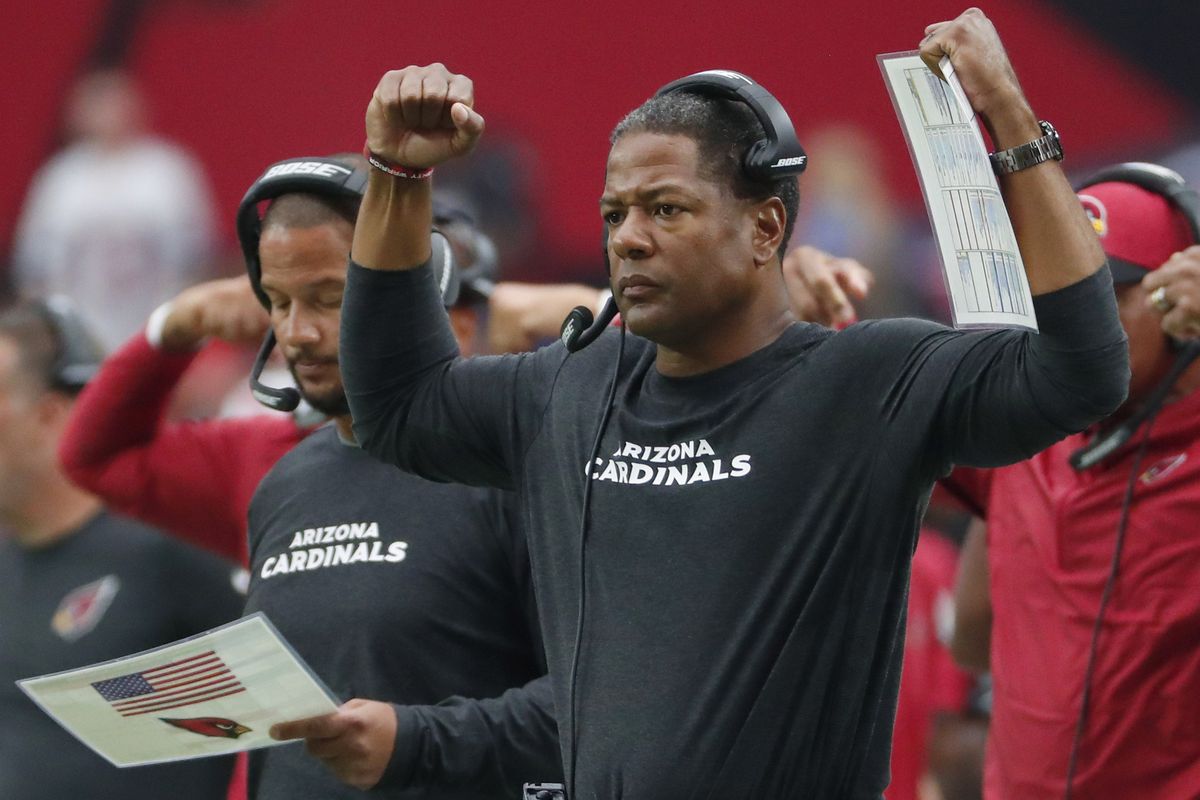 The Browns continue to work on the staff for new coach Freddie Kitchens, and it sounds like they are on the verge of adding a coach with NFL head coaching experience, that being recently fired Arizona Cardinals coach Steve Wilks.

Ian Rapoport of NFL Network reported Friday night that the Browns and Wilks are ‘working on a deal’ to bring him to Cleveland as the teams’ new defensive coordinator.

Wilks was the head coach for the Cardinals for just one season, and Arizona under his watchful eye had the worst record in the NFL, allowing them to secure the number one overall pick going 3-13.

The move to hire Wilks would take former Broncos coach Vance Joseph out of the running, as he was also chatting with the Browns about the opening.

Wilks was impressive in his one season as the Carolina Panthers defensive coordinator, as the Cats finished tied for 10th in the NFL in points allowed per game at 20.4.

Carolina made the playoffs as a wild-card team with an 11-5 record.

This past season with Wilks in Arizona, the Panthers were 19th in points allowed at 23.9 and went 7-9, missing the postseason.

From 1995 to 2004, Wilks had a number of jobs at the collegiate level as a defensive coordinator.

Then from 2005 to 2014, he was a defensive backs coach in the NFL with the Washington Redskins, Chicago Bears, San Diego Chargers, and Carolina Panthers.