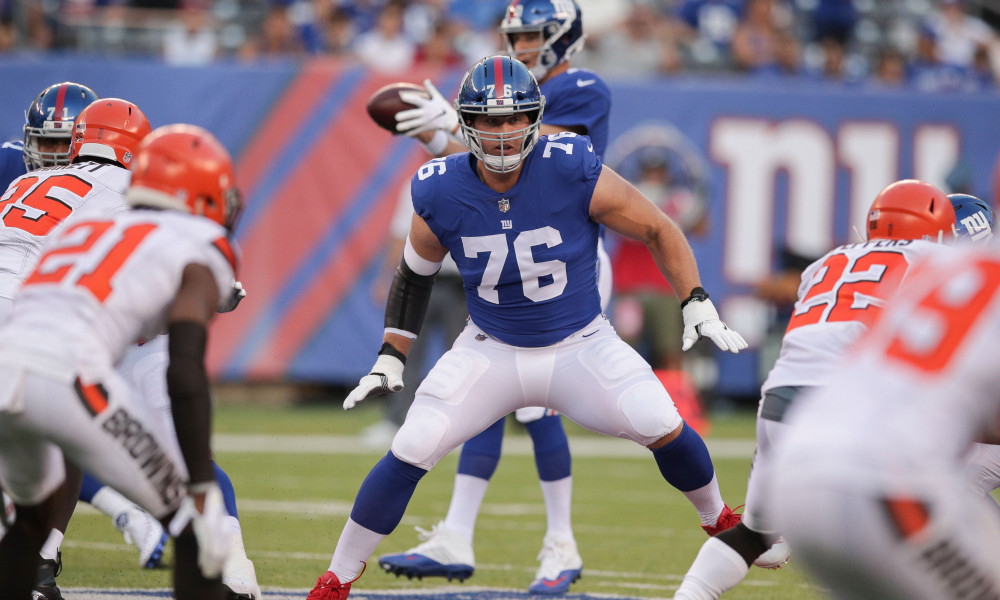 The Browns have been linked to a possible scenario where they are working to try and get Washington Redskins tackle Trent Williams ahead of the NFL trade deadline which is six days away on October 29th.

The Redskins don’t seem in any sort of hurry to trade Williams, though Browns GM John Dorsey has already said that there’s been a couple of calls back and forth to D.C. to see exactly what it would take to get Williams.

If the two sides are too far apart, that’s not going to stop the Browns from keeping their options open on improving their offensive line, and one name that popped up Wednesday morning is that of New York Giants tackle Nate Solder.

Jason LaCanfora of CBS Sports tweeted out the possible deal if Williams can’t be had, pointing out that the Browns and Giants have already done plenty of business this offseason.

The Browns dealt guard Kevin Zeitler to the Giants early in the offseason for pass rusher Olivier Vernon.

That was a big deal, but not even close to the biggest, as the Browns pulled off a mega deal in March getting Odell Beckham Jr. from the Giants for a package of players and picks.

Solder was a first-round pick of the New England Patriots back in 2011, the 17th overall pick in the draft. He is a two-time Super Bowl champion and has played in 114 games, starting 111.

Back in March of 2018 he signed a four-year, $62 million contract with the Giants with $35 million guaranteed, making him the highest-paid offensive lineman in the league at the time.

If the Browns are unable to pry Trent Williams out of Washington, the other LT I hear they are interested in is Nate Solder. They've already done a lot of business with the NYG, it's worth noting