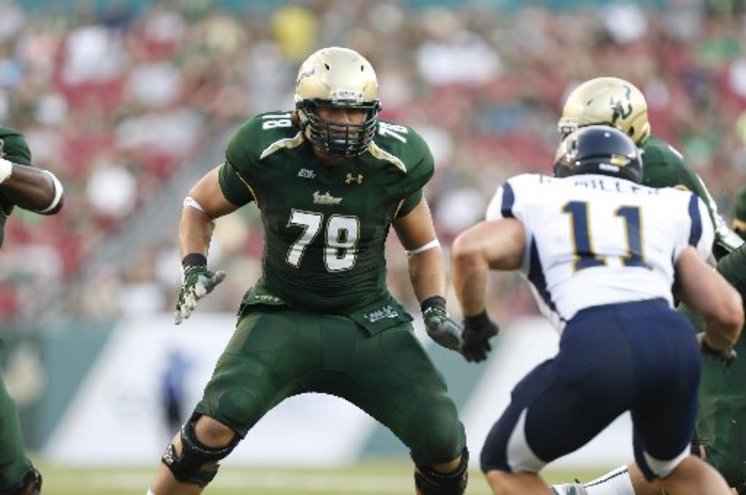 With the injury to starting center Cam Erving, the Browns have moved quickly to bring in another player who can snap the ball, as Mike Jones of the Washington Post reports the team has inked Austin Reiter off the Redskins practice squad.

Reiter was taken in the 7th round of the 2015 NFL Draft by Washington, and has been back and forth off the team since being taken. He was waived back on September 13th but inked a deal for the teams’ practice squad the next day.

He played his college ball at South Florida.

John Greco will get the start at center in the wake of Erving’s injury, and Alvin Bailey will move to the guard spot coach Hue Jackson said on Monday.

“Greco will go over and play at center, and (Alvin) Bailey will go play guard,” Jackson said. “I feel good about that combination. Greco has done it in games before so I think we will manage that part pretty well.”

The Browns had no lineman on the roster who had experience at center, exactly why the team is bringing in Reiter.