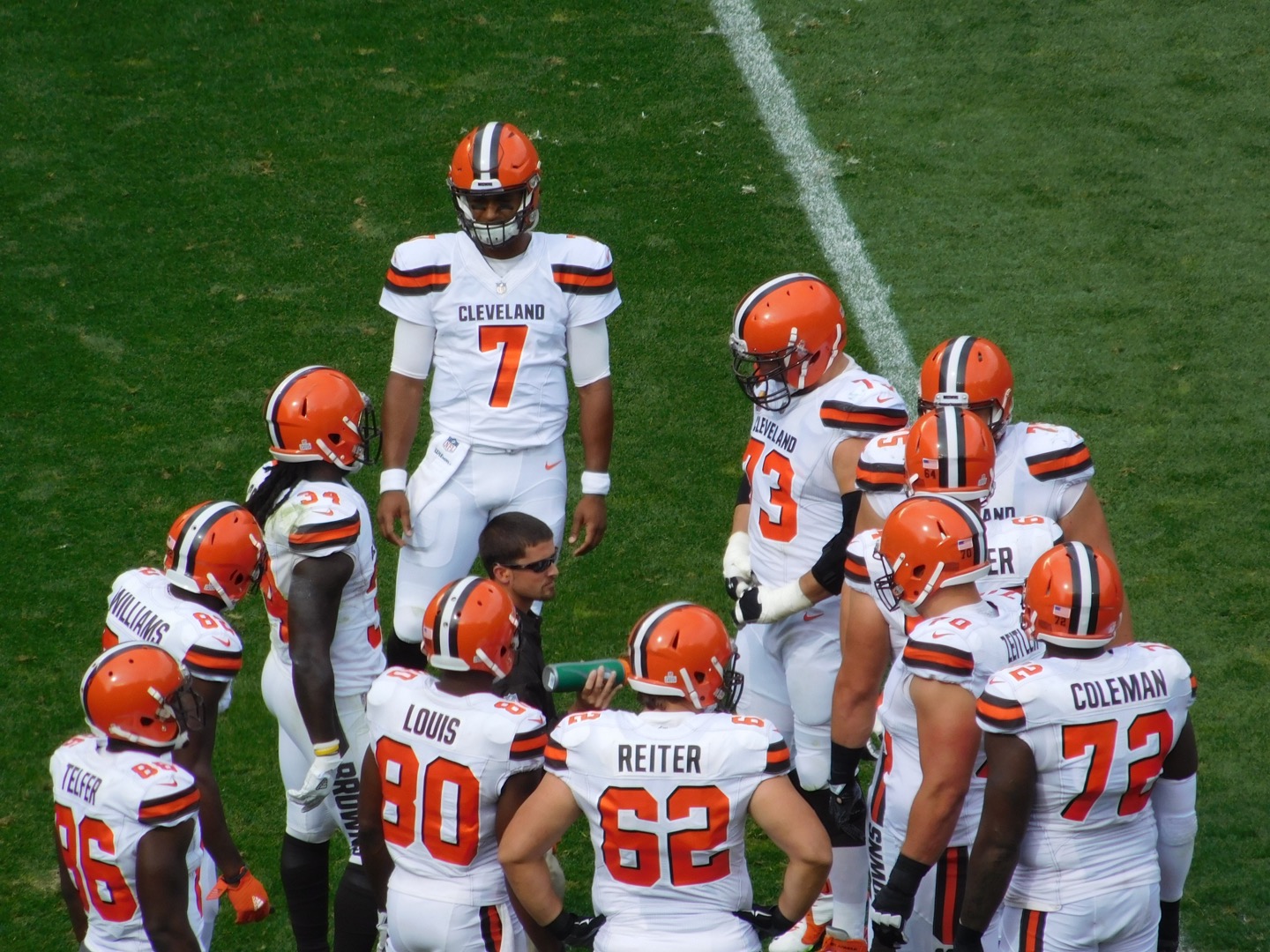 The Cleveland Browns head to Los Angeles to take on the streaking Chargers this Sunday and it could be considered a revenge game for the newly-moved franchise. However, Browns Head Coach Hue Jackson doesn’t view it as such for first-year head coach Anthony Lynn.

“I don’t think so. Let’s be honest, we are an 0-11 football team. I don’t think they are looking for revenge per se,” Jackson told media members on Wednesday. “That is a new regime there now. I think they are going about their business, working hard and they have something to play for. They are still in the playoff hunt. They are playing at home. We have to travel across the country. I think those are the things he will talk about. Maybe the players that were there from a year ago will talk about that, but I don’t think their coaches will.”

That’s a fair point by Jackson unless you remember the fact that Philip Rivers was and still is the quarterback for Los Angeles. He hasn’t forgotten what Cleveland did to him on Christmas Eve last season and with the tear he’s been on, a win is going to be extremely tough to snatch from him two years in a row. Add the fact that the Chargers will have star running back Melvin Gordon in the backfield and Keenan Allen on the outside this time around and the probability of a victory looks mighty bleak.

“I have competed against Phillip so much. I have been in the AFC West coaching at the Raiders and all that,” said Jackson. “He is a competitive, fiery, good player. He has done a great job in his career there at San Diego. He plays with a lot of passion, a lot of energy. He loves to win, and he lets the other team know it. He conducts himself that way, and he is trying to beat you. That is what you appreciate about him. He plays well for their football team. He is a great leader, a great leader of men.”

One positive this week is the long-awaited return of wide receiver Josh Gordon. Gordon has not played football since 2014 and instantly gives the Browns a guy they can count on with production in the passing game. Gordon will team up with Corey Coleman to hopefully create some fireworks for rookie quarterback DeShone Kizer.

“Oh I have talked to him about all of that. Yes sir. There were no sloppy routes today. They were good routes. I remind him that stint, catching balls, not catching balls and all of that. I think he will be ready to go.” Jackson said about Gordon’s performance in practice leading up to his return to the field.

One thing that could halt any offensive progress could be the fearsome defensive ends for Los Angeles, Joey Bosa and Melvin Engram. Jackson goes into further detail about the scary pass-rushing duo.

“It is not fair. That is not fair. They are good. One has 10 sacks and the other has 8.5 sacks so that is 18.5 sacks between the two. They are both really good players. They both go after the quarterback relentlessly. They have done it to every quarterback that they have played against, not just one in particular. They hit the quarterback. They are good at what they do. We have to do everything we can to combat that. It is a tall challenge, but we started towards that process today. We have some work to do to get ready. For three hours on Sunday, we have to be at our best.”

Will the Browns earn their first victory of the season this Sunday on the road? Time will tell. But one thing’s for certain, it will be anything but easy.