Browns Give Walking Papers To Wide Out KhaDarel Hodge 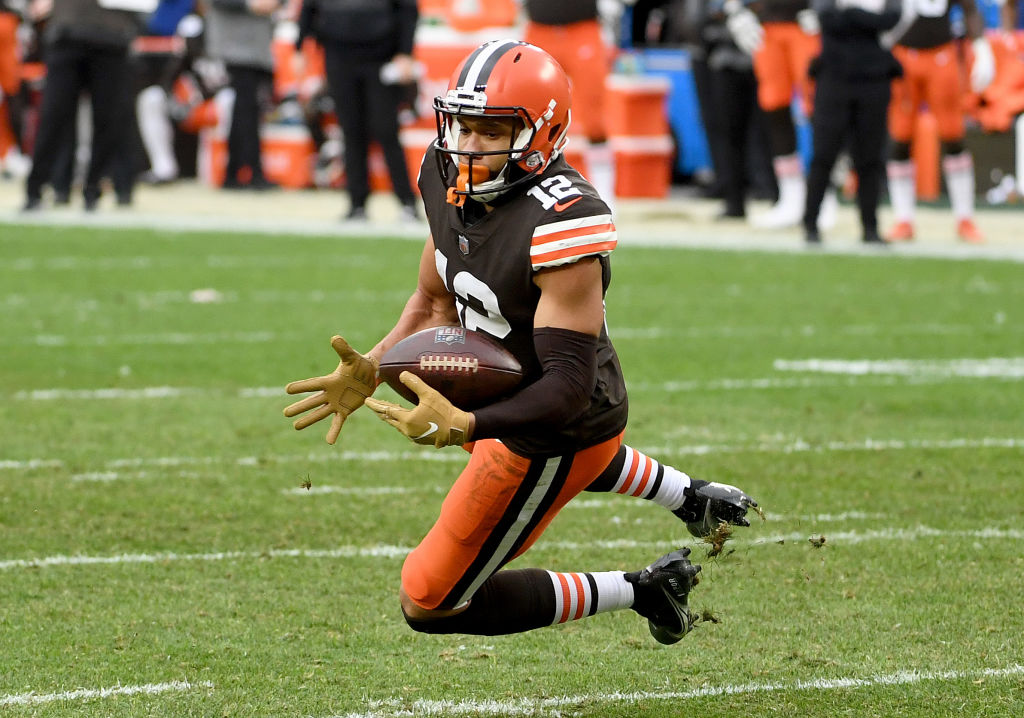 He was one of the nice surprises last season under first-year coach Kevin Stefanski, but today wide out KhaDarel Hodge was informed he won’t be making the Browns final roster.

Hodge, who played his college ball at little known Prairie View A&M, got into a rhythm with quarterback Baker Mayfield late in the season.

The Mississippi native last season caught just 11 passes for 180 yards, but fans (plenty of which turned to whoever they were sitting with asked who this guy was) suddenly was cheered when he’d make a play in front of the home crowd.

Many had him penciled in as making the roster, but now any team will have a chance to sign him.

There was other early Browns news on Tuesday, as the team is looking at upgrading the quarterback spot.

Reportedly the team has interest in Nick Mullens, who last season in San Francisco started eight games, going 2-6 as a starter throwing for 2437 yards with 12 touchdowns and 12 interceptions.

I'm told free agent QB Nick Mullens is in consideration to join the #Browns, per sources.