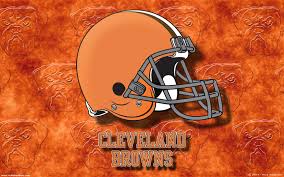 It was a busy day throughout the NFL today, as teams had to trim each of their final rosters to the league-maximum 53 men. For some, it was a day to celebrate at least one more week of an NFL paycheck. For others, it was time to see if their agents can get them a hook-up with another team, or start thinking of a plan in a different profession.

“Some of the discussions at the 75 cut were difficult. We knew it was going to be some tough choices that had to be made at the 53. We were right,” Browns coach Mike Pettine said. “There were lengthy discussions. It was not cut and dry. A lot of variables went into it. Still, even now past the deadline, the situation is still very fluid.”

Two names not on that list were WR’s Dwayne Bowe and Terrelle Pryor, neither of whom made any big splashes this preseason, but the Browns decided they both had enough upside to keep on the 53-man roster.

The Browns’ roster boasts seven wide receivers, a two-man jump from the five that were initially kept last season. Three of the seven are new additions to the roster.

“We felt that was a spot we needed to add to and were fortunate in the offseason to be able to take a group we already felt good about in Hawk, Gabe and Travis and add a Dwayne Bowe and a Brian Hartline to that mix,” Pettine said. “It was a group we felt we needed to improve our quality and our depth and we were able to do that.”

With Lewis’ contract being terminated, Johhny Manziel will be put in the backup quarterback role, while Pryor could serve as an emergency quarterback, if needed.

The Browns’ 53-man roster breaks down as follows:

Bibbs (Iowa State) was the only undrafted rookie to make the 53-man roster. He had an impressive showing at the Browns’ rookie mini-camp and maintained that high level of play throughout OTAs and into training camp to give the Browns no other choice but to keep him on the roster alongside three veteran tight ends.

“That whole group top to bottom did a really good job in camp,” Pettine said. “Brian Angelichio is an outstanding position coach. I think Gary’s very underrated as a starting tight end. I think everybody kind of has their own niche as far as what they do well. I like the depth in that room and the diversity of the skill sets.”

The Browns defensive line includes two standout rookies in Shelton and Cooper and Meder, a Parma Heights native who saw his first NFL action in last season’s regular season finale at Baltimore. He entered the NFL as an undrafted free agent out of Ashland University.

“That was big with Meder stepping up. That’s like found money,” Pettine said. “He’s a guy that was undrafted a year ago that we were able to add mid-season and then for him to step up and have the offseason he had and make a big jump, that was impressive. You add that to our rookie class with Danny and Xavier and then add veterans like Starks. Desmond had one of his better offseasons — he seems primed to have a big year — and the versatility of an Armonty Bryant that can swing back and forth between outside linebacker and defensive line, that gives you more depth there. We feel much better about that room.”

One year after keeping 12 defensive backs on the original 53-man roster, Cleveland stuck with 11 it knows it can count upon in a defense that expects to utilize graduate-level concepts under second-year defensive coordinator Jim O’Neil.

“We’re always going to start from the back end, especially at the corner spot first and build from the outside in,” Pettine said. “We have a group that we were fortunate to be able to add a quality veteran in Tramon Williams and outside of Gaines, we feel that group is close to being healthy. We like the key veterans and combine it with quality youth. It’s another room where we feel like we have a lot of different types of players in that room.”

Of the Browns’ 12 picks in the 2015 draft, eight are on the 53-man roster. TE Randall Telfer (USC) and CB Ifo Ekpre-Olomu (Oregon) were recently placed on the reserve/non-football injury list.

“We knew there were going to be some tough decisions because of the number of guys we brought in,” Pettine said. “I think this draft class will be a cornerstone of hopefully our success moving forward. You start right at the top. We think the world of Danny. Cam’s going to be a good player for us for a long time. You can pretty much go right down the list.”

Over the next 24 hours, Cleveland will compose its 10-man practice squad and monitor transactions around the league to insure the team will have its best possible roster next Sunday against the Jets.

“Obviously the roster is still fluid, but I don’t see us being extremely active in that market,” Pettine said. “With the depth we were able to bring in and develop, we feel virtually every position we have enough or more than enough NFL quality guys. It’s a critical time but I just don’t see us being really active.”