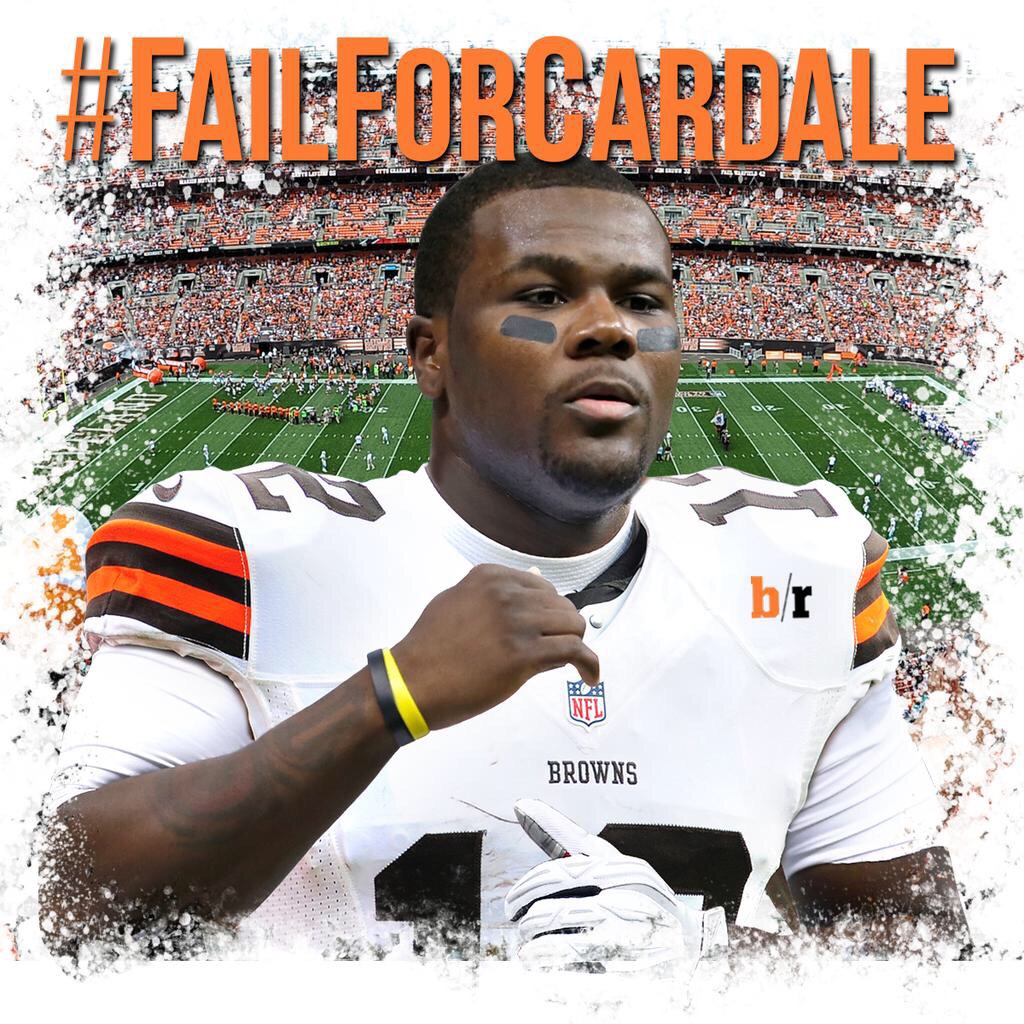 It seems that at this point even the most loyal Browns fans seem to feel that 2015 will be another tough season for the franchise, as some are already looking ahead at the possible chance to draft another franchise quarterback.

That QB is none other than Ohio State signal caller Cardale Jones, who along with the rest of the Buckeyes got off to a quick start Monday night in their 42-24 season-opening win over Virginia Tech.

It was about halfway through that win over VT that Browns fans took to twitter to start to have their say about who they want under center in the future for the Brown and Orange – Jones.

The campaign was started with the hashtag #FailforCardale, and since Monday it’s been gaining steam all over Twitter.

Many Browns fans clearly are not sold that Josh McCown will have the success the team needs to be any type of contender in 2015, and as for Johnny Manziel, he can’t stay on the field due to an elbow injury, though he says he’ll go Sunday vs the Jets.

So what do you think – do you think #FailforCardale is a good idea? Have your voice in our poll and see some tweets below on the subject.

I'm not officially condoning #FailForCardale, but when you look at #SuckForLuck – the Colts went from 2-14 to 11-5. ?☕️

Jumping on the #FailForCardale train

Having to listen to crap like #failforcardale all morning on CLE radio is one of the reasons why being a Browns fan is painful.

I'm not in on the #FailForCardale movement, but I do have to admit that this picture looks badass pic.twitter.com/HRe5m4fetE

Video: NFL Media Previews the Browns Vs. Jets Week One Matchup
Hashtag or Not, Browns Set Up for Failure