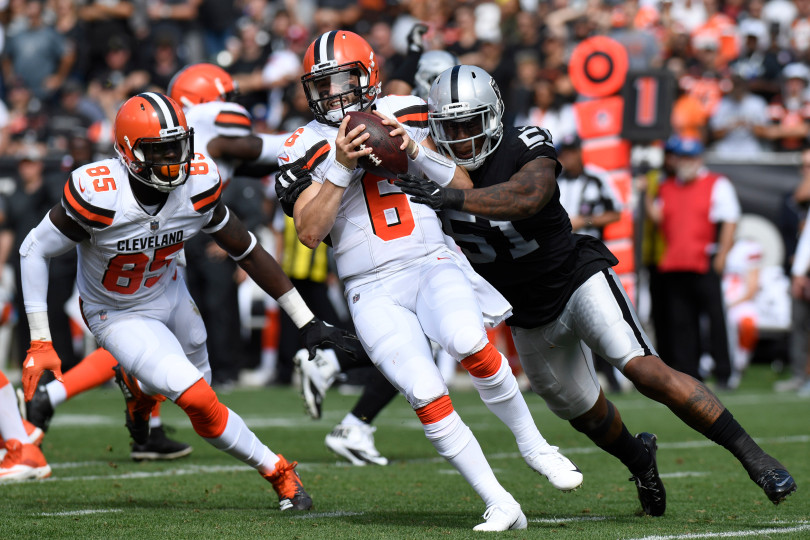 OAKLAND, CALIF – There was plenty of excitement surrounding the Cleveland Browns after the team earned their first win in 635 days and named No. 1 overall pick Baker Mayfield their starting quarterback. And throughout much of Sunday’s Week Four matchup with the Raiders that excitement continued as fans watched Mayfield and the offense put up 42 points – the most in a game since Week Two of 2007.

Then, as Cleveland Browns history has done time-and-time again,  all the joy came crashing down in the closing minutes or regulation as a controversial video review forced a Browns punt, a squandered eight-point lead and an eventual 45-42 overtime loss.

If you can bear to reflect on this one, here are five takeaways…

Those two scores were the highlights of a 295-yard passing performance for Mayfield, but it was far from perfect as he was semi-responsible for all four Brown turnovers.