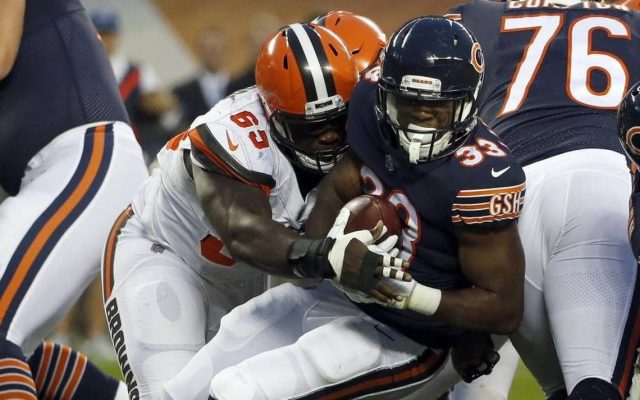 The Browns injury bug continue to have an impact on the team. According to Browns head coach Hue Jackson, defensive tackle Trevon Coley will miss a few weeks with a high ankle sprain.

This injury could be at least three weeks. Coley is expected to be an big part of the Browns defense in 2018

He was undrafted in 2016 out of Florida Atlantic, and last season the 23-year-old played in 15 games with the Browns. He had two sacks, 24 tackles, and 17 tackle assists.

Another potential injury from today’s scrimmage was defensive tackle Caleb Brantley. He came off the field limping and had ice wrapped around his upper right leg on the sidelines. It is unclear as to whether or not Brantley will be out long at this point.

With a couple defensive tackles getting hurt/injured today, the Browns could be in the market to add depth to the defensive line.

Here are some potential defensive line free agents the Browns could look to add:

The Browns haven’t been rumored to have interest or have worked out any of these defensive tackles. But with a couple of potential injuries, this could change things.

Browns Training Camp Day 8: What You Need to Know If You’re Heading to Berea
Turns Out Former Browns QB Johnny Manziel Sucks in Canada Too