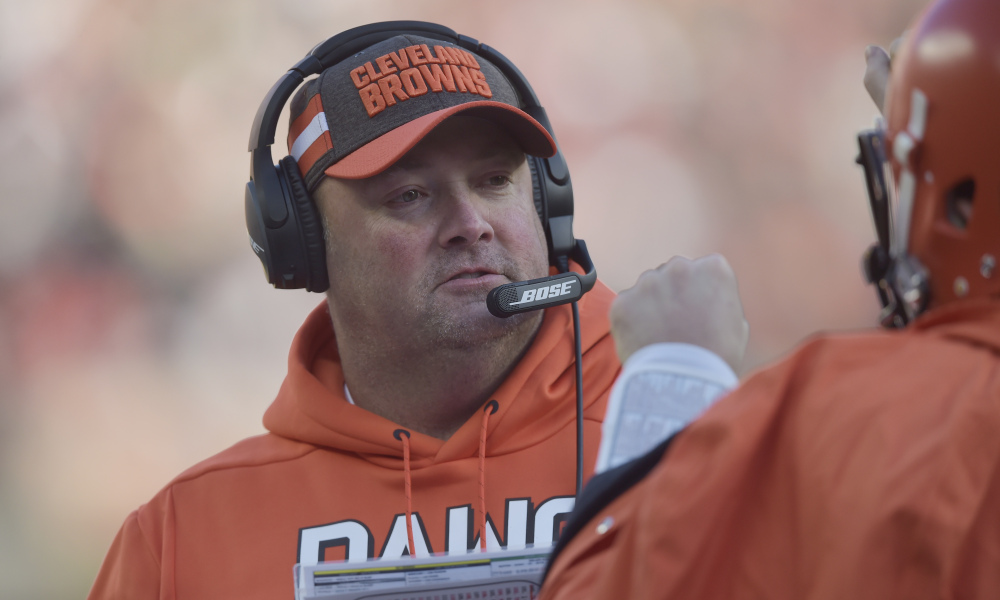 That’s the message today from the Browns to the rest of the league when it comes to offensive coordinator Freddie Kitchens, as NFL Network is reporting that Cleveland is denying other teams a chance to chat with their current coordinator.

The move by the Browns to not allow teams to talk to Kitchens isn’t a shock, as they want to interview him first for their open head coaching job, which is expected to be next week.

If they don’t hire Kitchens as the teams’ new head coach, GM John Dorsey is hopeful that whoever he does hire as the new man in charge will find a way to keep Kitches in the OC role moving forward.

Kitchens took over as the teams offensive coordinator in week nine after the team fired OC Todd Haley, along with head coach Hue Jackson.

The Browns were 2-5-1 when the firings took place, and the team then went 5-3 over their last eight games of the season.

From Up to the Minute Live: The #Browns are holding onto OC Freddie Kitchens for now, fending off requests and trying to make sure he stays in their building. pic.twitter.com/BuY4beeeVA