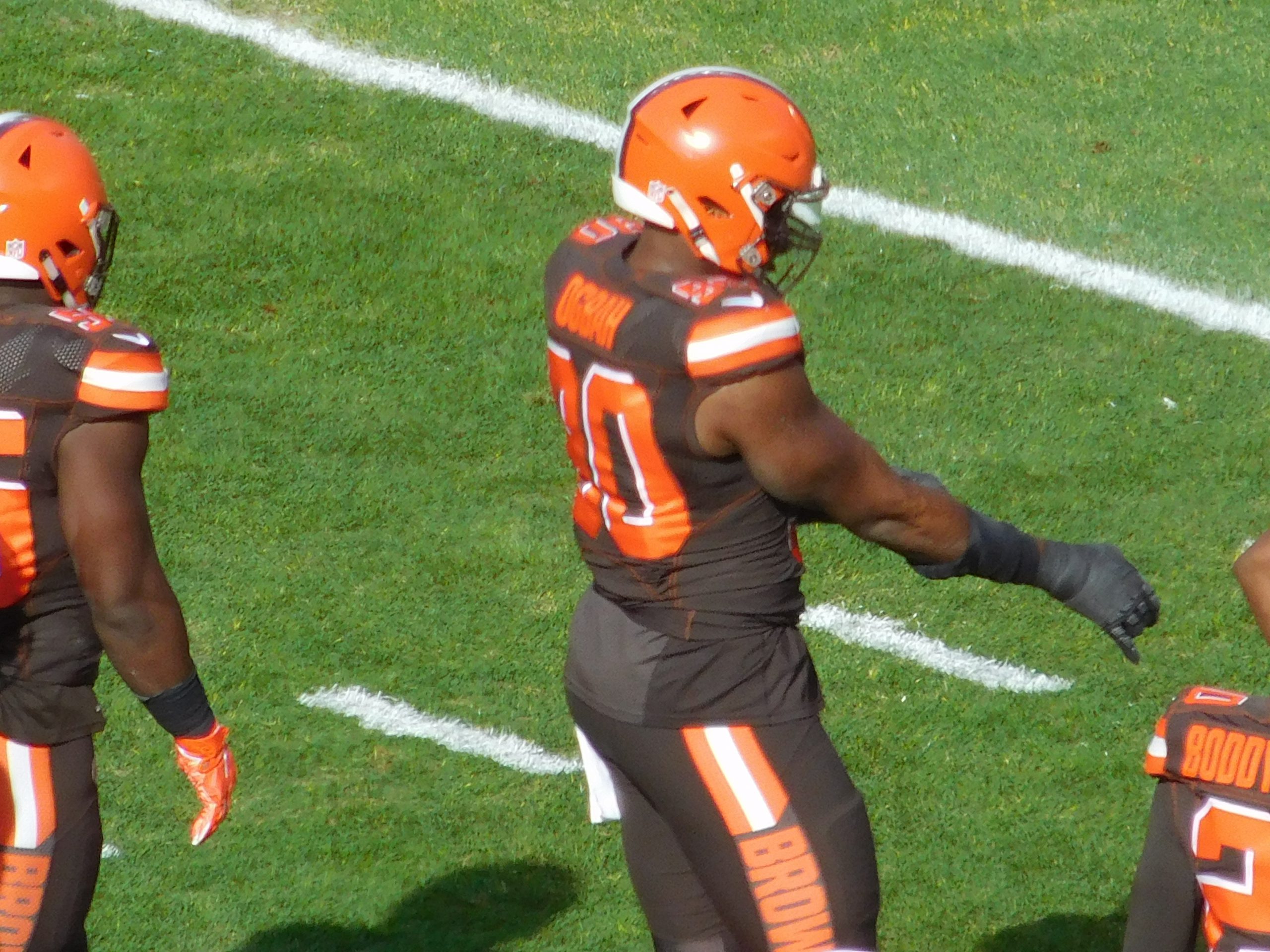 The Browns introduced new wide out Odell Beckham Jr. on Monday, but behind the scenes were working with the Kansas City Chiefs on a deal to move defensive lineman Emmanuel Ogbah for safety Eric Murray.

The move to get Murray comes a few hours after the team waived safety Derek Kindred.

The 25-year-old Murray is entering his fourth season and coming off a 2018 campaign in which he started nine games. He finished with 54 tackles, two passes defensed and an interception.

A 2016 fourth-round pick out of Minnesota, Murray has appeared in 45 games over the course of his career. He had a career-best five passes defensed in 2017 and has 94 tackles in three seasons.

Ogbah, a second-round pick in the 2016 draft, amassed 12.5 sacks and 122 tackles over three seasons with the Browns.

He failed to show up Monday for the teams offseason program. New Browns coach Freddie Kitchens confirmed Ogbah did not report on Monday.

“Ogbah didn’t show, and I’d rather talk about the guys that are here. I’m sure he’s got his reasons. I don’t know,” Kitchens said.