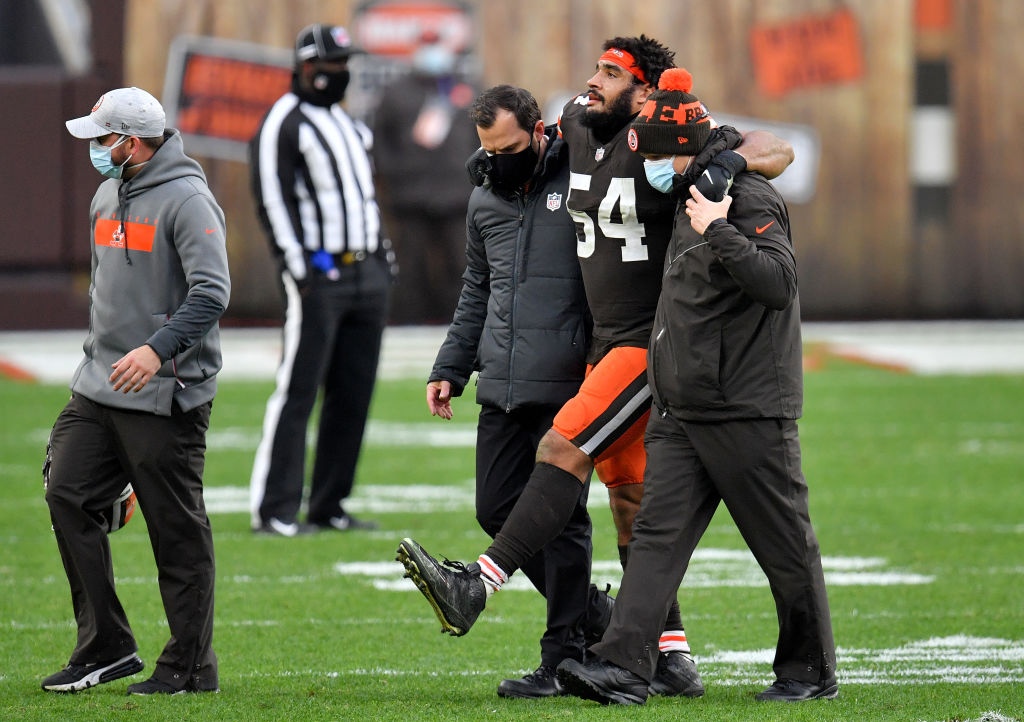 The Browns will be a little lacking in their pass rush when they go up against Big Ben and the Steelers this week, as the team will be minus defensive end Olivier Vernon who is done with the season with a ruptured Achilles.

The linemen went down in the fourth quarter of the Browns 24-22 win that put them in the postseason for the first time since 2002.

Head coach Kevin Stefanski said Monday that Vernon will have to have surgery, and as a free agent in 2021 he’s got a long recovery road ahead.

Vernon, who was acquired from the New York Giants back in March of 2019 with Odell Beckham Jr. has 3.5 sacks this season in 10 games for the Browns.

His best game came against the Eagles back on November 22nd when he recorded three sacks and a safety.