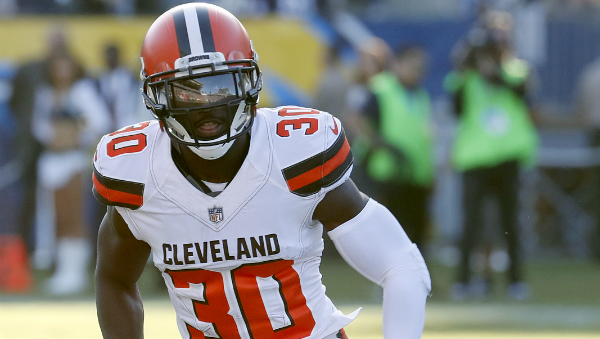 The Cleveland Browns have traded cornerback Jason McCourty to the New England Patriots, according to NFL Network’s Ian Rapoport report on Thursday afternoon. As part of the trade, Cleveland and New England will swap sixth and seventh-round picks in the 2018 NFL Draft.

Trade: The #Browns have traded Jason McCourty to his brother Devin McCourty and the Patriots… They are swapping 6th and 7th round picks this year.

Browns are releasing CB Jason McCourty, source says. They’re rebooting with their own guys obviously. He should have interest elsewhere.

McCourty played in fourteen games for Cleveland last season, earning three interceptions and fifty-four tackles. He served as a veteran presence in an extremely young secondary group and helped teach Briean Boddy-Calhoun and Jamar Taylor throughout the year. The nine-year pro has played with Tennessee and Cleveland but will now look for another team.

In other news, the Browns also announced some other cuts to the roster. The most notable of names is wide receiver Sammie Coates. Coates was acquired from Pittsburgh last season and played in eleven games for the Browns, starting just in one contest. In those games, he caught six passes for seventy yards.