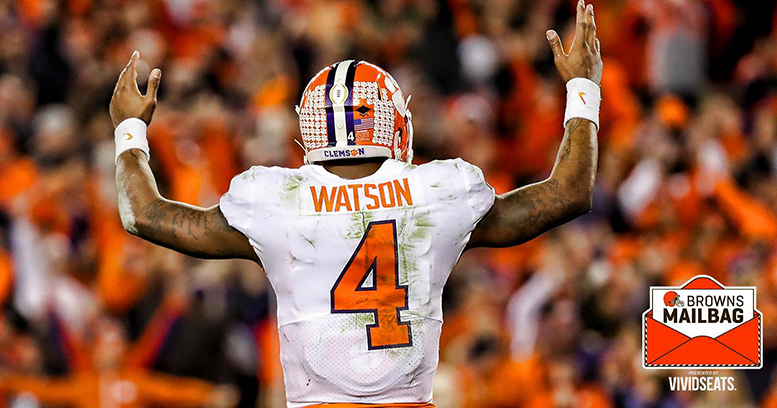 With the Reese’s Senior Bowl coming up later this month, it is a prime opportunity for Hue Jackson and the Browns coaching staff to analyze Deshaun Watson’s ability to process a more intense playbook, arm strength and accuracy. This is also the chance for the Browns to see if they need to pick a QB with one of their first-round picks in the forthcoming NFL Draft.

Watson is a hot item these days as he recently led the Clemson Tigers to a championship win over Alabama. Although yet undecided, Watson would represent The South with Clemson being a southern school.

Opportunities like this have come along in past years for QB’s like Dallas Cowboy’s Dak Prescott by his ability to impress the coaching staff and went early in the NFL Draft. However, Connor Cook went much deeper in the draft due to him declining the chance to dazzle coaches.

The Browns will be coaching The South in the upcoming Reese’s Senior Bowl January 23-28 in Mobile Alabama. They will get a chance to see if several players are a fit for the new program that they have been executing and giving the new coaches an opportunity to see if these players have what it takes to build a successful Browns season for fans.

Stay tuned to NEOSI on Twitter @neosportsinside and Facebook.com/neosportsinsiders for all developing news and updates. NEO Sports Insiders, bringing you the best in Cleveland sports.