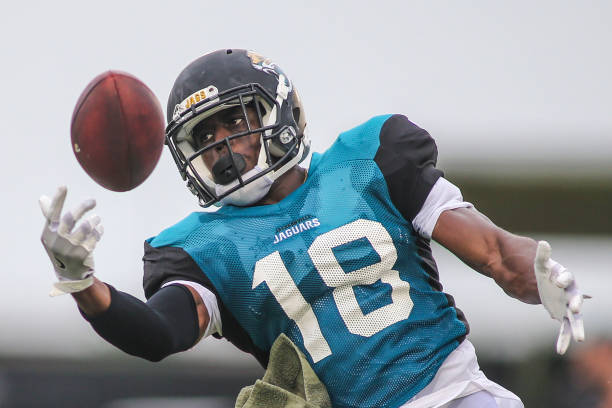 The Cleveland Browns brought in another wide receiver to help strengthen the position group heading into the 2018 NFL season. This player even has experience going far into the NFL playoffs.

The player would be Larry Pinkard, a wide-out coming off his rookie season with the Jacksonville Jaguars. Pinkard only appeared in four games in the regular season for the Jaguars, catching just one pass for five yards. However, he did remain on the team until suffering a season-ending injury before being placed on IR in late December. As a result, Pinkard did not play with Jacksonville during their remarkable run to the AFC Championship Game but was still a part of the team’s roster.

Report: Browns Aren’t ‘Presently Enamored’ With Any Of The Quarterbacks In The 2018 Draft Class
Report: Browns Were Never In Running For Trade Featuring Former Kansas City Chiefs Cornerback Marcus Peters