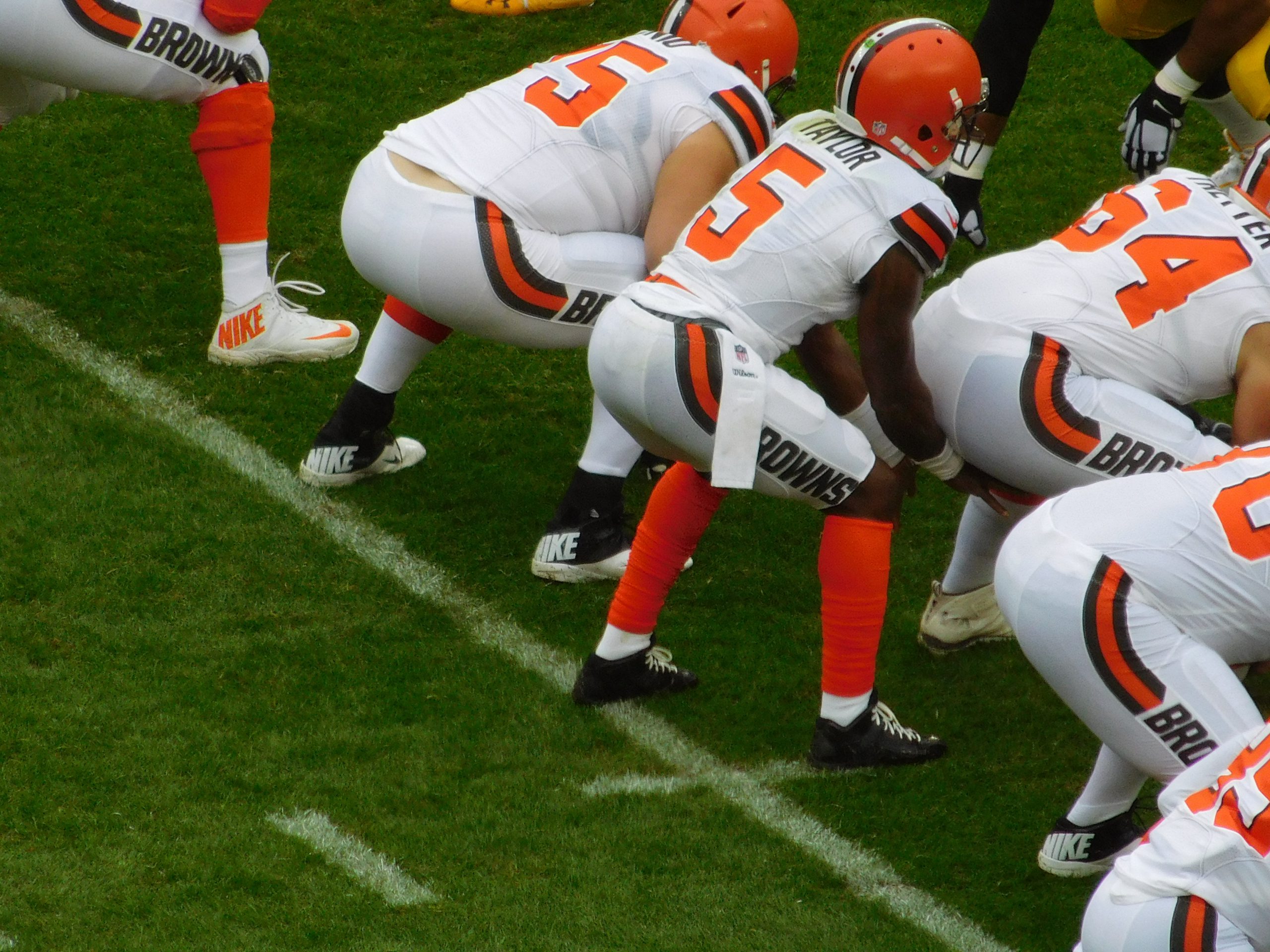 Just three games into his first season with the Browns, Taylor, who was the player that was expected to be the starter at the QB spot for the 2018 season, is now on the outside looking in with the emergence of rookie and first overall pick Baker Mayfield.

It’s a role that Taylor had to know eventually was going to come, but following his injury during the teams’ week three win over the Jets, he probably didn’t think the role of mentor would come quite so quickly.

Now watching from the bench, Taylor is adjusting to his new role as backup, but still is yearning for another shot as the teams’ starter if he’s called upon.

“It is frustrating, but it is a part of the game at the same time,” Taylor said on Wednesday.

“Eight years in, you understand some things happen that you can’t control. Not wanting to complain, just have to continue to keep being myself day in and day out, continue to be a leader and like I said, help the team in any way. This is a different role, but I am here to offer as much knowledge, as well as just trying to share my view point of things, that can help the defense or offense.”

Taylor completed 48.8 percent of his passes and threw two touchdowns along with two interceptions in his short time as the teams’ starter, but clearly was struggling when he was hurt and then left the game against the Jets in week three.

It was then that ‘Mayfield Maina’ took over, as the Browns rookie QB rallied the team, eventually leading them to a 21-17 win, the club’s first since Christmas Eve 2016 against the Chargers.

One way that Taylor could see the field is if he’s in another teams’ uniform, but to this point he is saying that he’s not asked the Browns brass to be traded.

“It really has not been a part of my mindset,” Taylor said.

“Just more so have been focusing on getting better each and every day. Those things happen in the league. That really has not been a part of my mindset.”

While there’s not a lot of starting question marks right now at the QB spot in the NFL, Taylor could find himself in a better situation should the Browns look to move him before the deadline for deals which is at the end of the month.

As of now though, the veteran QB said being a part of another franchise in 2018 isn’t at the front of his mind.

“I really have not thought about it,” Taylor said when asked if he is open to a trade.

“I love to compete and I want to be out there playing, but I have not thought about those opportunities. Like I said, more so just focusing on getting better and doing things that I can help this team in any way.”

It will be interesting to see if that remains his mindset as the backup, or if eventually he does ask to be dealt knowing that the spot of QB will be in the hands of Mayfield for hopefully a long time to come.