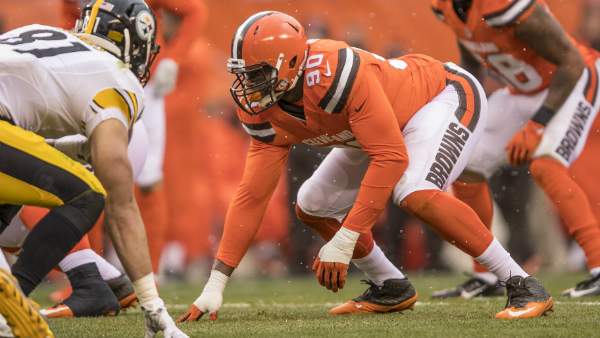 BEREA, Ohio — The Cleveland Browns have signed OL Anthony Fabiano to their active roster from the practice squad.

In addition, the team signed OL Zach Sterup to the practice squad. OL Dan France was signed to Carolina’s active roster off the Browns’ practice squad.

Fabiano is a 6-3, 303 pound rookie out of Harvard. Originally signed by Baltimore as an undrafted free agent, he was waived on Aug. 29 and has spent 11 weeks on the Browns’ practice squad. He was active but did not play against New England on Oct. 9. A native of Wakefield, Mass., Fabiano graduated from Wakefield High School.

Sterup is a 6-9, 318 pound rookie out of Nebraska. Originally signed by Kansas City as an undrafted free agent, he has spent time on the Chiefs and Jets practice squads. A native of Hastings, Ill., Sterup graduated from Hastings St. Cecilia High School.

Robert Griffin III’s Ex-Wife Goes on the Offensive on Twitter; Calls Him a ‘Liar’ and ‘Manipulator’
Hue Jackson Declines to Name Browns Starting QB for Sunday – “Too Soon”