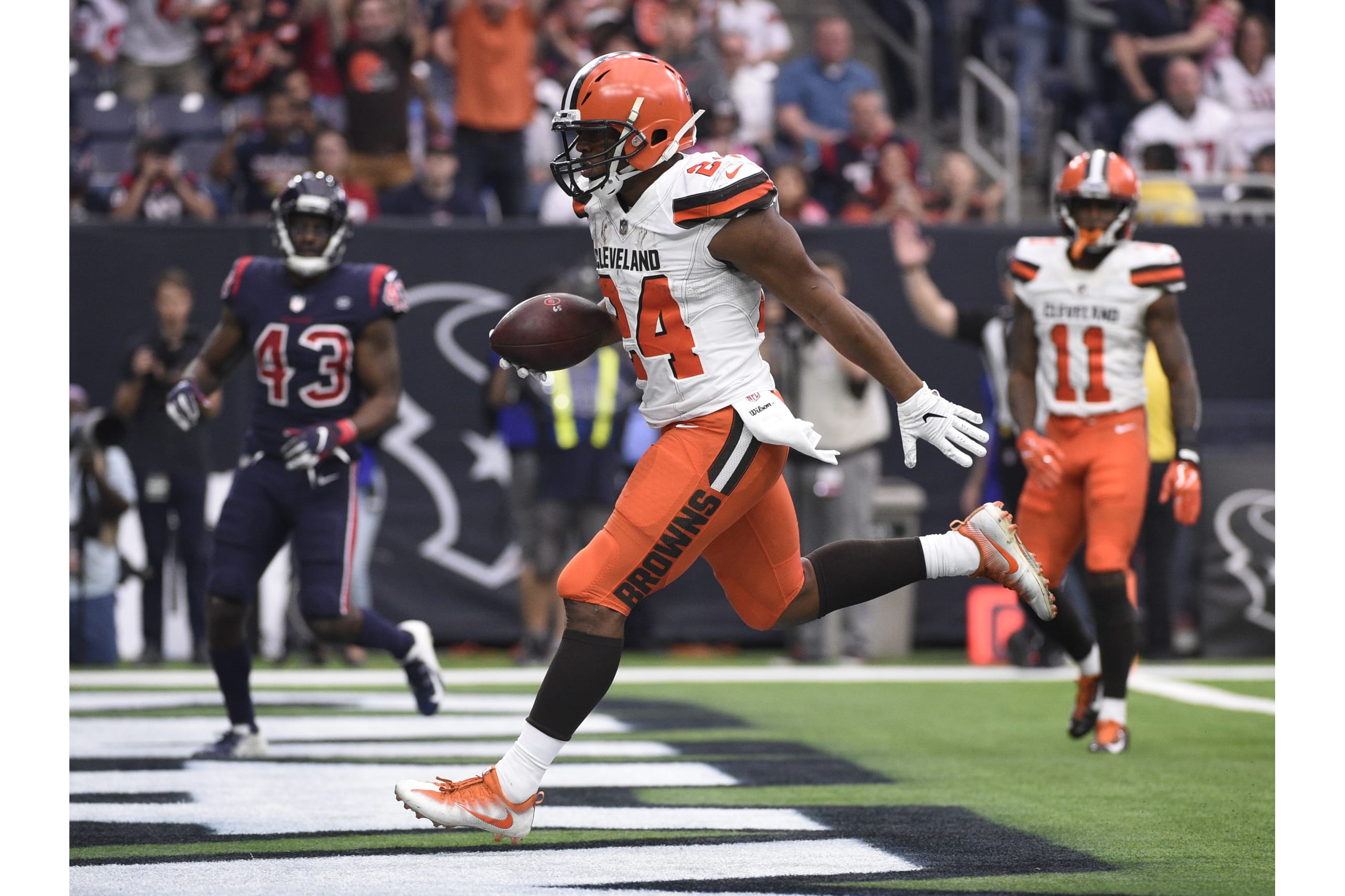 The Browns will have maybe their biggest and best offensive weapon Sunday when the team takes the field against the Houston Texans, as the team Saturday activated running back Nick Chubb from injured reserve.

Chubb was injured during the team’s win back on October 4th in Dallas against the Cowboys, going down with a knee injury in the first quarter.

The running back was having a stellar season prior to the injury, rushing for 335 yards and four scores before going down.

The team struggled rushing the ball without him, as entering Sunday’s game the team is averaging 150 yards a game on the ground.

The Browns running back practiced with the full knee brace on Monday and Wednesday, but went without it Thursday and Friday.

Houston is allowing 159.5 yards per game on the ground, last in the NFL.

Another big addition for the Browns for Sunday is the return of guard Wyatt Teller.

Teller is dealing with a calf strain, but should be back on the field at right guard, and should give another boost to the run game along with the return of Chubb.

Finally the team announced they have moved up guard Michael Dunn from the practice squad.

Dunn is in his first NFL season out of Maryland. Originally signed by the Rams as an undrafted free agent in 2017, he spent time on the Rams (2017) and Jaguars (2018) practice squads.