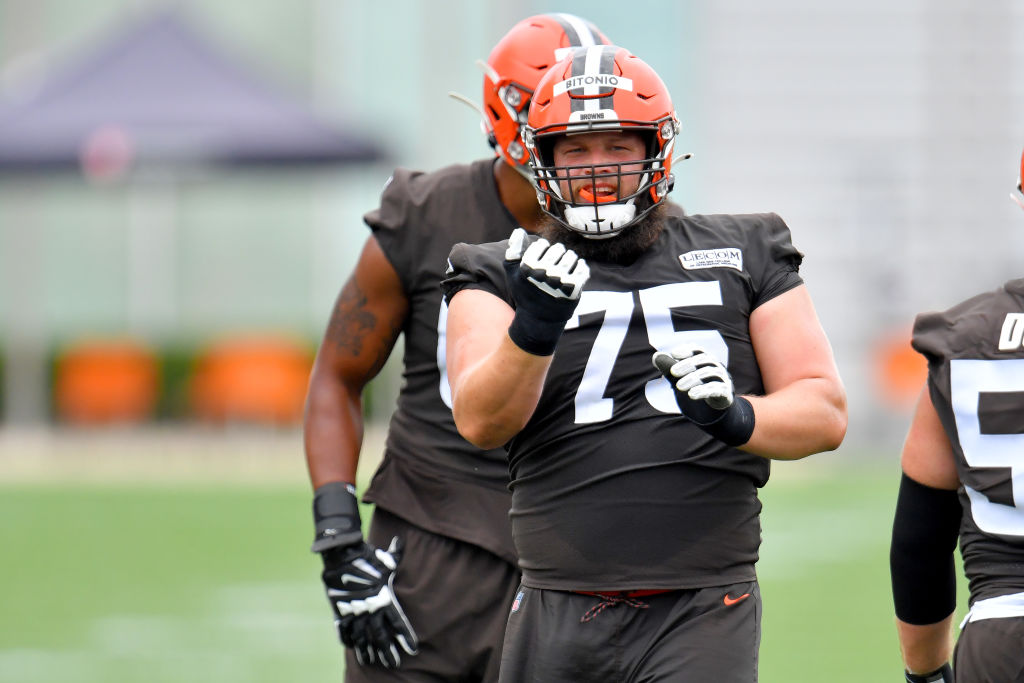 The Browns offensive line got another boost on Friday ahead of their AFC Divisional Playoff matchup in Kansas City Sunday against the Chiefs.

The team announced they have activated left guard Joel Bitonio from the reserve/COVID-19 list, putting him back in the starting lineup for Sunday’s affair.

The team continues to get healthy for the game Sunday, as the club has gotten back all of the players on the list as well as head coach Kevin Stefanski.

Bitonio missed Sunday night’s wild-card game in Pittsburgh at Heinz Field against the Steelers after being placed on the list last week.

The Browns didn’t need Bitonio, as the club ran all over the Steelers, taking advantage of Pittsburgh’s mistakes in a 48-37 win to advance to the AFC Divisional round for the first time since the 1994 season.

Bitonio started all 16 games for the team, playing at a high level for the unit which was ranked first by Pro Football Focus.

Bitonio had started every regular-season game for the Browns over the last four seasons, and with him out of the lineup, Michael Dunn took his spot and played well at the left guard spot.

Keep The Chiefs…Out of the AFC Championship Game
Would You Rather? Browns Edition + Analysis